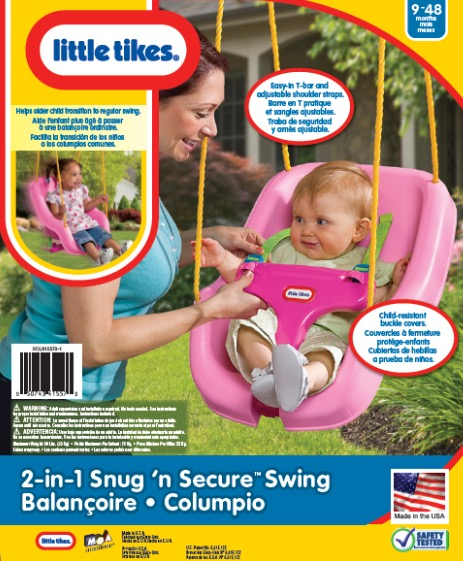 Children’s toy company Little Tikes is recalling around 540,000 sets its “2 in 1 Snug ‘n Secure” swings due to reports of incidents of children being injured.

More than 140 reported incidents of the swing sets breaking have resulted in “abrasions, bruises, cuts and bumps to the head,” according to a recall announcement by the Ohio company. So far two children have had arms broken.

“The swings have a pink T-shaped restraint in front with a Little Tikes logo,” the announcement said. “The swing is suspended by four yellow ropes.  The model number 615573 is molded on the back of the swing seat and there is a manufacturing date code stamp on the back of the seat.”

The swings were manufactured between November 2009 and December 2013. They come in different colors with the pink swings being the only affected products.

The swings are sold at Wal-Mart, Toys “R” Us and online at the company’s website.

People who already have the swing are advised to stop using them and contact Little Tikes for a refund that will be “in the form of a credit” for another product.