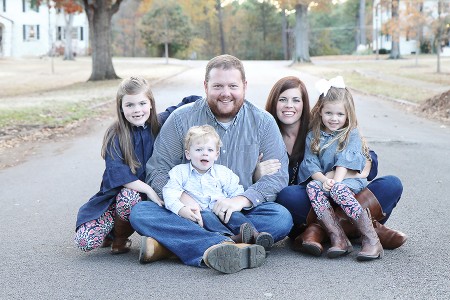 Trussville business owner overcomes unemployment and starts his own company

TRUSSVILLE – “When life gives you lemons, make lemonade,” as they say. Which is exactly something that Sam Stewart, founder and president of Stewart Facility Services in Trussville, did when life handed him lemons at one point in his life. 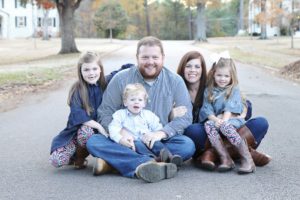 Stewart Facility Services, LLC is a commercial cleaning company that offers janitorial services, pressure washing and carpet, tile and grout cleaning in what Stewart said is a “One stop shop for all things cleaning related.”

Born in Anniston, Stewart grew up in Calhoun County and went to Oxford High School before going on to Jacksonville State University. After marrying his wife, Tiffany, they moved to Birmingham where he started work in the convenience store industry. They have been living in Trussville since 2005.

But a round of layoffs hit in 2010 and unfortunately Stewart was among those who were cut. He eventually found work at the Fortune 500 company, Sysco, where he had the idea to start his own business. It started out small but grew into something viable for Stewart and his family.

“I found myself unemployed during the recession with a wife and two kids at the time,” he said. “But I knew I wanted a job and do something on the side. That business became Stewart Facility Services. And it grew to a point where I left Sysco in January 2013 to operate full time.”

Stewart Facility Services comes to the aid of mostly doctor’s offices and medical clinics but also for banks, restaurants and other businesses. Stewart said that they serve eight Chick-fil-A locations in the state. Generally, clean ups begin after a business closes around 5 p.m. to 6 p.m. but times can be customized depending on client needs.

“We’re a very customer friendly company,” Stewart said. “I think what appeals to customers is that this is a family owned business. Customers appreciate our prompt services. “I wish I could say we’re perfect but we’re not. Sometimes there’s an issue that comes up. We always try to respond as quickly as possible to correct it.”

“Compared to our competitors in the cleaning industry I’d say we’re about average,” he said of his company’s pricing. “We’ve always used a healthy margin, not too thick or too thin. I want to ensure a good relationship with the customers.”

Stewart said that he hopes to eventually expand his market into cities like Huntsville and Mobile in north and south Alabama respectively. Currently they operate in central Alabama, namely Trussville, Birmingham, Tuscaloosa, Gadsen, Anniston and many other cities throughout this region.

The office of Stewart Facility Services is “about an hour and fifteen-minute radius” from most locations it serves in Central Alabama.

“Stewart Facility is locally owned as opposed to a franchise,” he said. “I think what separates us from them is that we’re not a corporation. We try to do good business with other people.”

The office of Stewart Facility Services is located at 110 Wildwood Drive in Trussville.