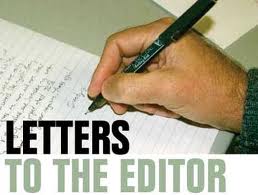 Letter to the Editor: Push Congress to help families in need by expanding tax credits

After the election, I heard a lot of people asking: “What now?”

We can start by making sure Congress doesn’t target anti-poverty programs that help millions of families, including many Alabamians, afford the basic necessities of life. Alabama representatives such as Congressman Gary Palmer spoke a lot about helping the families struggling to make ends meet. If poverty and inequality are truly important to Congress, they are now in a position to prove it by building on what’s working.

We can start by expanding the Earned Income Tax Credit (EITC), which, along with the Child Tax Credit, lifted 9.2 million people out of poverty in 2015. The problem is that the EITC currently excludes millions of younger workers and others not raising children. Expanding the EITC has wide bipartisan support. So let’s make sure Congressman Palmer takes action to make sure that all hardworking Americans have a shot at a brighter future. Maybe, like me, you were left out in the cold at the Congressman’s recent town hall, but don’t give up!