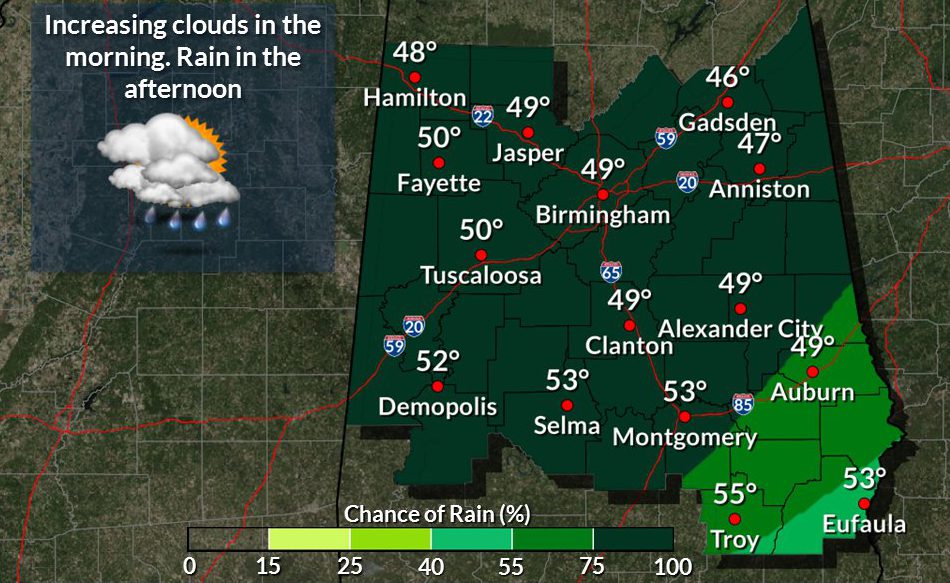 TRUSSVILLE –Central Alabama will see widespread rain on Monday as a system moves in from west to east across the state. That will be followed by significantly colder temperatures. 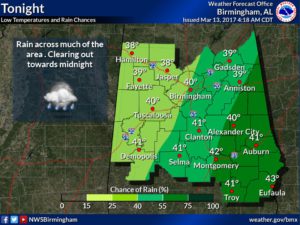 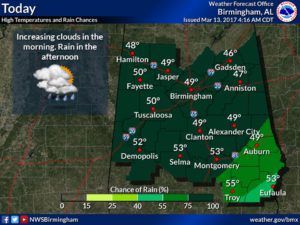