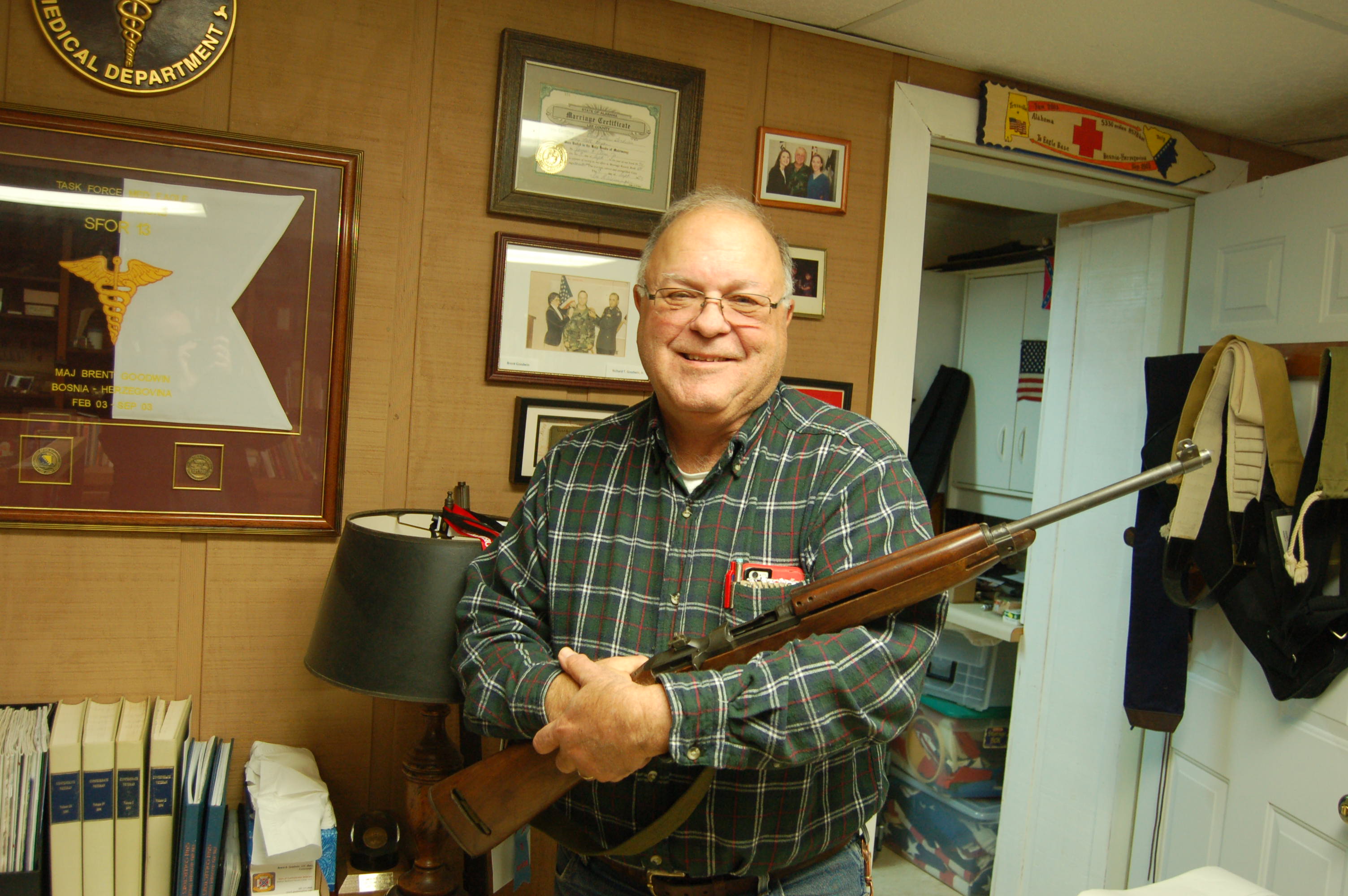 By Nathan Prewett
For The Tribune

TRUSSVILLE – For Brent Goodwin collecting firearms is much like collecting guitars or cars. His love of historical and modern arms has earned him a place in the Alabama Gun Collectors Association as a promoter and tasked with putting together the annual gun show. 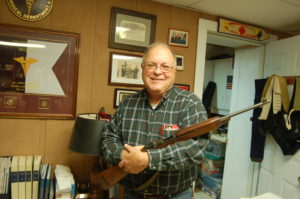 “People have various reasons for getting into gun collecting but it’s a hobby more than anything, so you can’t fault someone by pointing a finger and saying, ‘Oh look they collect guns, that’s bad.’ No, it’s not, it’s a hobby,” Goodwin said.

Born in western Birmingham, Goodwin came to Trussville in 1951 where he grew up on westerns and John Wayne. He is a father to two daughters and grandfather to four children.

He joined the army in 1967 and was active until his retirement in April 2007 with the rank of Lieutenant Colonel (LTC). During his time in the army he was an officer in the Medical Service Corps and spent time as a military recruiter.

It goes without saying that Goodwin is a staunch history buff in addition to being a defender of firearm collecting. The walls of what he called his man cave are decorated in historical memorabilia. One wall he calls his genealogy wall where he keeps pictures of his family history. Another wall he’s dedicated to his military career.

One holds several shelves for his books and one for his Civil War era relics. An old musket is shown on that wall that he bought for $450.

The musket is number 3 in a production of firearms by Eli Whitney Jr, who manufactured rifles for the Union Army during the Civil War. At the beginning of the war, Whitney produced 250 rifles to be tested before he was contracted to produce 15,000 for the army in Connecticut. 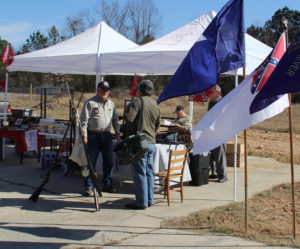 He first began collecting when he wanted an M1 Garand rifle like the one his grandfather carried in World War II. From there he’s expanded his collections to dozens of antique and modern guns. Collecting can also be profitable for anyone looking to sell.

“If you buy an old gun that’s in good condition you can get a lot more by selling it,” he said. “You will never lose out on money from firearms. The value is always appreciated.”

Though he was a long-time member of the Alabama Gun Collectors Association Goodwin became more involved after he retired. With a background in military recruiting he was seen by the board as a good fit for promoting the gun show.

The association has been around since 1954, founded by military retirees who were avid firearms collectors. The association began as a private club until the late 1970s.

“All the collectors are getting old,” Goodwin said. “They’re dying off so we’re trying to get young people involved who are interested in hunting or they’re military veterans.”

Goodwin said that several veterans’ organizations will be present at the show, including American Legion, Patriot Guard Riders, Veterans Affairs, Disable American Veterans, Blue Star Foundation and other groups. Goodwin noted how they look out for their members.

“The idea is to have all these organizations come here because a lot of the people that come in are veterans and they need to know about services,” he said. “Veterans need to know that if they have problems like Katrina or the tornados in Alabama that they can be helped. During the tornados, these groups put out email and telephone contacts to see if anyone was injured or had lost stuff. They called their members and ask if they could donate.”

The Dixie Division Military Vehicles Club is there to show off jeeps and other vehicles, especially for children to explore. Children are a staple of the show, Goodwin said. Often, you’ll find them in the seats of the vehicles, wearing the displayed helmets and holding muskets.

“We’re a family group down there,” Goodwin said. “And we want parents and grandparents to bring their kids. I witnessed a grandfather put his grandsons in the cockpit of that Huey and say, ‘Papa sat right there.’”

But safety is first and foremost, Goodwin stressed. The gun show enforces strict policies for customers and dealers. There are no loose ammunition allowed in the room where the show takes place. All ammunition has to be boxed. Every show has to have policemen present. Triggers on weapons are always tied to keep them from firing.

At the end of the day, the gun show represents a love of American history and patriotism. The show is a place where people can come and marvel at pieces of what Goodwin said made the nation what it is today.

“There’s a lot of history in that collection,” he said. “I’m just enthralled with it all. Without guns, America would not be America. There was a war for independence and firearms were what helped bring about the American dream.”