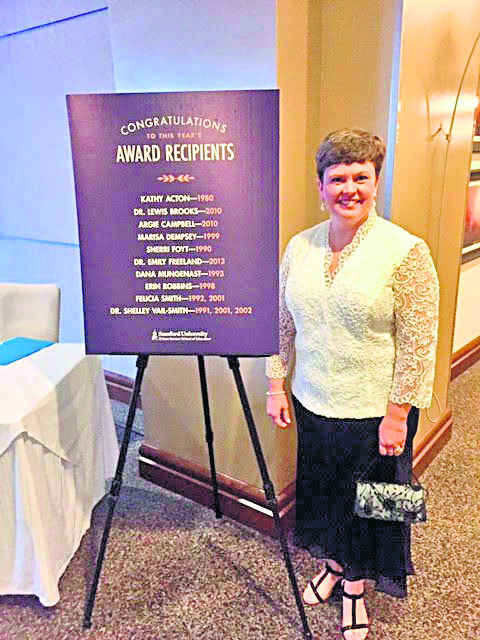 Felicia Smith, a teacher at Cahaba Elementary School, was awarded as an Alumni of the Year at Samford Univ. Submitted photo

Felicia Smith was awarded as one of the Alumni of the Year recipients from Samford University’s Orlean Bullard Beeson School of Education earlier this month. 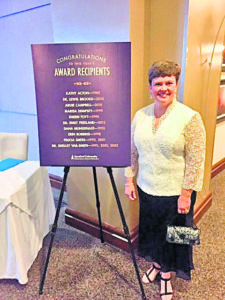 Felicia Smith, a teacher at Cahaba Elementary School, was awarded as an Alumni of the Year at Samford Univ. Submitted photo

Although she is a Birmingham native and a product of the Birmingham City School System, Smith has been part of the Trussville community since 1992 when she began her teaching career.

Smith received both her B.S. (1992) and M.S. (2001) degrees in Early Childhood Education from Samford University. She started her career in 1992 as a third grade teacher at Hewitt Elementary School in Jefferson County Schools.

Over her 25 year career, Smith has served on many teams and committees. Some of those past and present include: Professional Development Committee, Math Curriculum Committee, Discipline Committee, School Improvement Team, School Spelling Bee Coordinator, and Interview Team for Prospective Teachers.

She said one of her fondest roles as a teacher is serving as a cooperating teacher with Samford student teachers and interns.

She is married to Marty Smith who is also a teacher and coach. They are the proud parents of two children, Beth Allen, a junior at UAB and Micah, a sophomore at Hewitt-Trussville High School. They are active members of CrossPoint Baptist Church, Trussville.