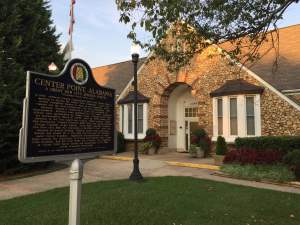 The council will consider purchasing surveillance cameras for 6,390. The company providing the cameras will allow the city to pay half (,195) and then pay the rest at the end of 90 days.

“This is under the assumption that we can still piggy back on the sheriff’s program,” Council President Roger Barlow said. “If we can’t we’ll have to revisit this.”

Mayor Tom Henderson announced a nationwide program by Wells Fargo to assist those who are struggling to make down payments on their homes. Those interested will have to apply and then attend a home ownership class for eight hours if accepted.

Henderson also announced that Advanced Disposal recently sent a letter with the rates on their consumer price index. Recently there has been a 2.7 percent increase in services. Currently residents in a city pay $11.98 per month while the city pays $1.64.

The rate for the city has not increased but residents will have to pay $12.30 per month effective April 1.

Afterwards Councilman Scott announced that the citywide cleanup is “still in progress” and that former Alabama football player David Palmer has been confirmed to sign autographs at the charity basketball game after the cleanup.

Councilman Terry Leesburg reminded the crowd that the Easter egg hunt is still on for April 7th. Councilwoman Linda Kennemer said that a community watch meeting will be held on the first Tuesday of April.

The next Center Point City Council meeting will be held on April 6 with pre-council at 6:45 p.m. followed by the regular meeting at 7 p.m.