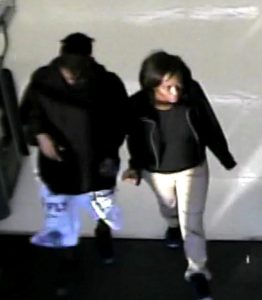 CLAY — Sheriff’s detectives have obtained surveillance images of the suspects involved a carjacking that occurred in Clay last week. 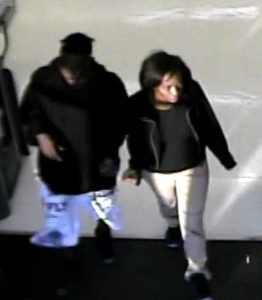 Just after 8:30 on March 23, deputies responded to a report of a car theft in the 6400 block of Trussville-Clay Road. They met the victim who told them he had been at Daylight Donuts in the Piggly Wiggly shopping center when he was approached by a black female and a black male who asked him for a ride.

The victim agreed to give them a ride. As they were traveling on Trussville-Clay Road, the male suspect told the victim to pull over and said he had a gun. Once the victim pulled over, the man punched him in the side of the head and ordered him out of the car. The suspects drove off in the victim’s gold 2006 Honda Accord.

The victim did not require medical attention.

The suspects are described as a black male and black female in their 20’s. The male is said to have facial tattoos and dreadlocks. 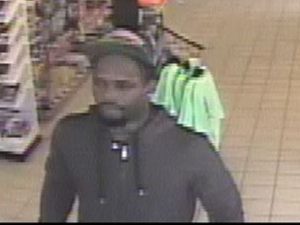 Anyone with information about the identity of the suspects is asked to call the Jefferson County Sheriff’s Office at 205-325-1450 or Crime Stoppers at 205-254-7777.Sheriff’s detectives investigating the case determined that the two suspects involved in the carjacking had been driven to the location by a third suspect. The three suspects are also linked to the robbery of a delivery driver earlier that morning in the City of Birmingham. Detectives obtained surveillance photos of all three suspects.