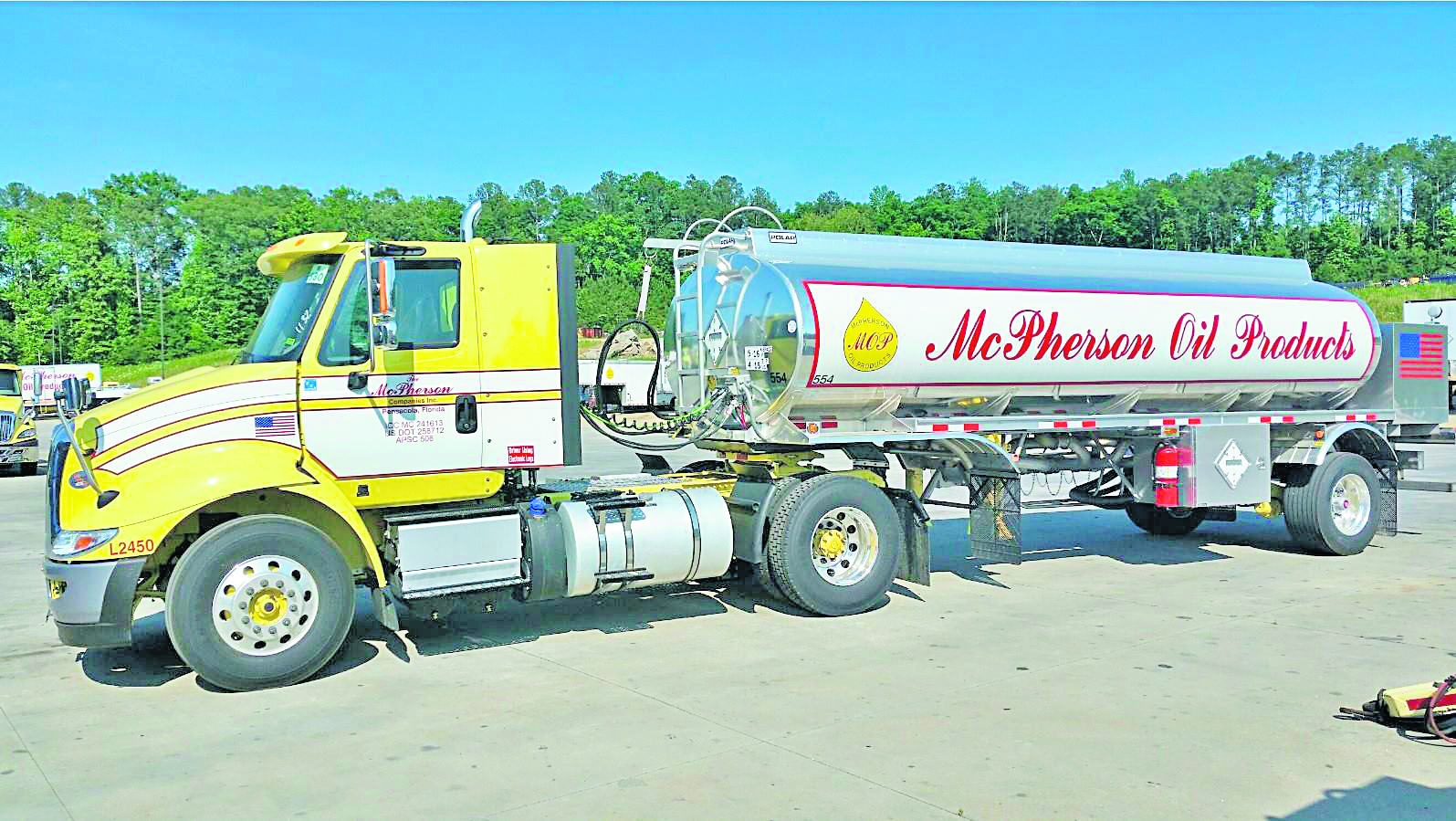 McPherson Oil in Trussville one of largest fuel distributors in Southeast

TRUSSVILLE – McPherson Oil delivers more than six thousand types of lubricants, retail and commercial fuel and other petroleum products. It was founded by Charles McPherson in 1971 and is now being headed by his son, Ken McPherson, who took over in 2006.

McPherson employs 180 workers, 66 of whom live in and around Trussville. The company has 86 trucks in its fleet, delivering fuel for ExxonMobil. McPherson also produces its own label of lubricant called Proteck. 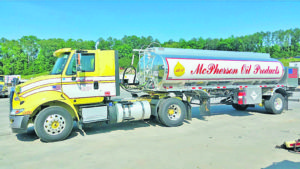 2017 at McPherson Oil has seen the addition of Mike Kirouac as Senior Vice President of Commercial Sales. Kirouac came to Alabama in February after serving as vice president of Sales and Marketing at Steiner Electric Company in Chicago.

McPherson Oil maintains an environmentally friendly division called ReNew in which the company takes used oil such as hydraulic oil and they filter, dehydrate and readditize it before selling it back.

“We have a lot of municipalities that love the recycling part of that business,” Ingram said.

McPherson has a long arm in the Southeast. The company delivers petroleum products all over Alabama, Tennessee, Georgia, Florida, Mississippi and Arkansas where there has been a growth of customers in the past year. 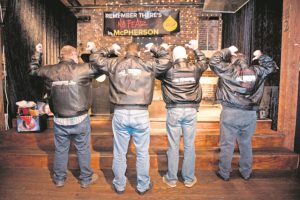 McPherson Driver of the Year award winners show off their jackets.

A newer addition to the McPherson Oil fleet is a new truck unit that Ingram said that they have been slowly moving away from. They are currently using tank wagon trucks but they are beginning to use a type of truck that is a combination of tractor and trailer.

The new units have a package deck where drivers can haul both package goods and the bulk delivery. Most of the time bulk deliveries and packages have to be delivered separately.

“One advantage we’ve had over competition is the investments the company has made over the years,” Ingram said.

The company has invested in a number of things to give them an edge in the market, namely an ERP system, a Transportation Medical System and a forecasting tool that lets them look at their sales history and plan what they need to buy as they compete with distributors delivering for Shell, BP and Chevron.

Another advantage that McPherson Oil has is access to rails. The building that the company is headquartered at was bought on property that already had rail spurs. Products are pulled from Port Allen, Beaumont in Texas, Paulsboro in New Jersey and Chicago to be delivered via train to Alabama.

Safety is one of the most important aspects of working for the company. Drivers in the fleet are recognized each year for quality work in safely operating McPherson’s vehicles.

McPherson Oil hosts an annual Safety Banquet that recognizes achievements in safety and quality in the company’s fleet. In 2016 Steve Pack, who has been with McPherson for more than 16 years, was chosen by his peers as Driver of the Year. Winning Driver of the Year means working for a whole year without incident while on delivery routes.

“It’s hard to think about where we would be without the drivers. Our truck drivers are very important to us,” Ingram said. “We have drivers that have been with us for many, many years and that’s not all that common anymore either.”

While the competition can be tough and the job can be complex that hasn’t stopped Kirouac and Ingram from doing what they love. Kirouac emphasized the relationship that McPherson Oil has with its employees.

“What I love about my job is helping other people be successful,” Kirouac said. “Weather that’s the people on the sales team, partnering with other operations and other parts of the business. We’re only as good as the people we work with.”