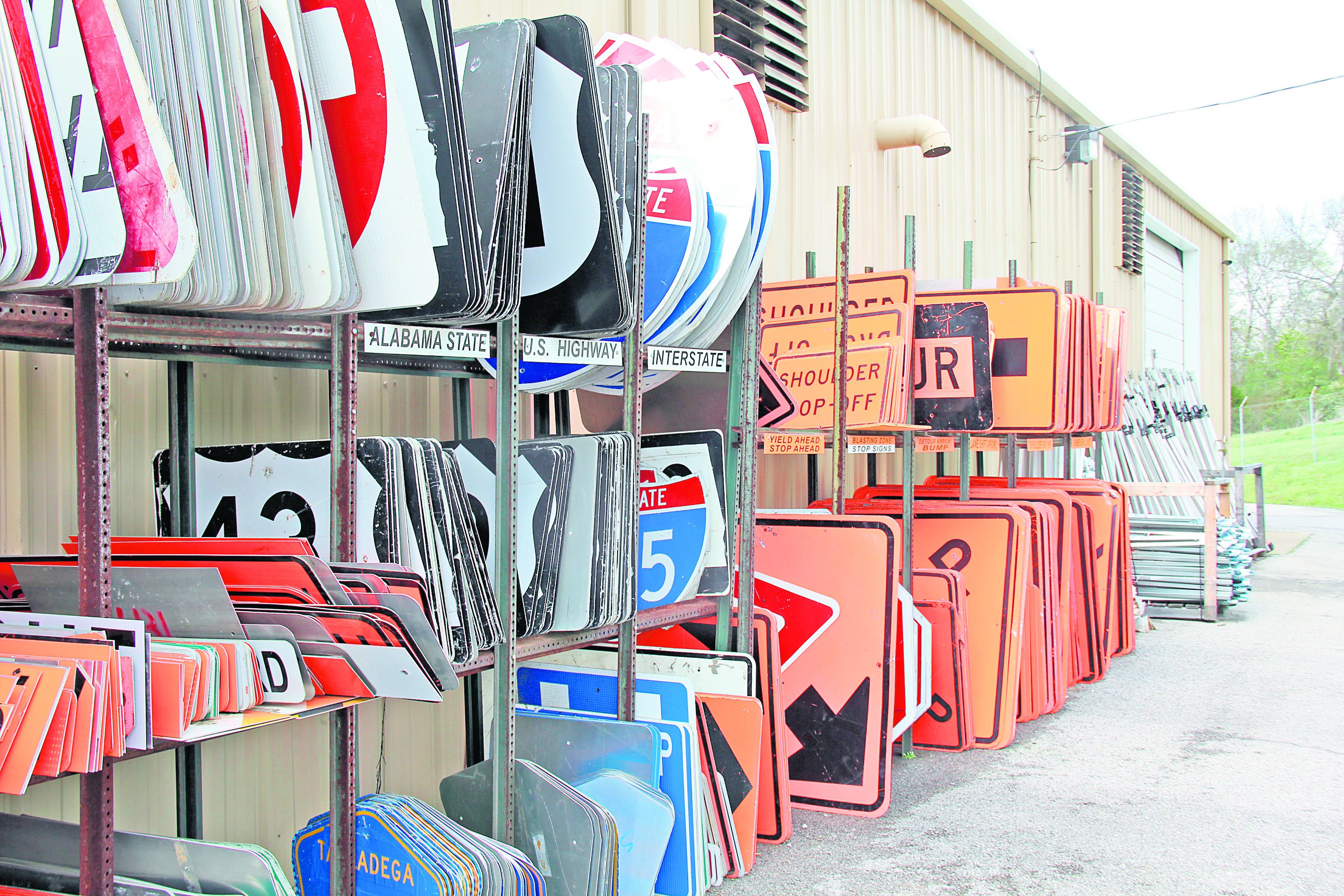 ‘No such thing as accidents’; Alabama Barricade works to ensure driver safety in construction zones

TRUSSVILLE — Big orange drums, signs and flashing lights alert drivers of a construction zone. It’s all there for driver safety, but also for the safety of the workers involved.

Many of those safety features drivers see around the state of Alabama are produced and manned by Trussville-based Alabama Barricade. 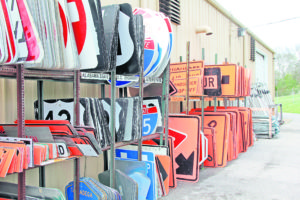 The company, established in 1986, has been trying to keep drivers safe in construction zones for more than 30 years. The company’s owner, Spike Whittington, has been in the business for more than 50 years, and that has given him a wealth of knowledge.

“I’ve got about 50 years in this industry. Started as a service man for a company no longer in business. Went to work for another company before opening Barricade Service with two partners. After 13 years, I resigned as president and opened this company,” Whittington said.

In fact, that knowledge has led to making Alabama Barricade a one-stop shop.

They provide full traffic control, including drums, signs, cones and personnel if needed to direct the traffic. They even manufacture their own signs in their warehouse just off US 11 in Trussville. 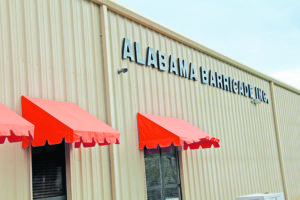 Many of the signs drivers see in Trussville were manufactured and produced by Alabama Barricade, including many street signs.

“We do a lot of work for cities around here,” Whittington said.

Brian Jackson, Vice President and General Manager of Alabama Barricade, said he enjoys being part of the communities in whatever way possible.

“We get behind a lot of causes here in this area, especially Trussville,” Jackson said.

They provide traffic control for major city events, along with other events that promote causes near and dear to their hearts.

“We try to help the community in any way we can,” Jackson said. “Especially when events that support childhood diabetes or charities like the Ronald McDonald House are involved. Those are near to our family and our hearts here.” 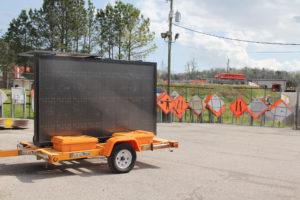 Traffic control is vital to the improvement of the infrastructure here in the United States, and Jackson said he likes to warn motorists about the dangers of not heeding the caution provided by road work signs.

“It’s so important for drivers to know what’s going on where they are driving,” he said. “We have individuals out there who are trained to know exactly where to place the barricades for their protection and for the drivers.”

In fact, Alabama Barricade puts its employees through rigorous mental training, as well as testing them physically to make sure they are prepared for the job. New employees are placed with veterans, and then are subject to several hours of on-job training before they are able to finish their training in a classroom setting.

The unsettling part is there are not enough people in the industry to fill the jobs needed nationwide.

“We have weekly safety meetings based on their safety, but also the traveling public,” Whittington said. “We’ve got great employees who work hard to keep drivers safe.”

To combat that issue, Alabama Barricade tries to really care for its employees.

“They are dedicated to doing the job the way it’s supposed to be done,” Jackson said. “Our turnover in this industry is minimal. For the most part, we’ve always had good, qualified people. We try to take care of them.”

“We’re a small company in one respect,” he said. “But we’re very big in another.”

The industry, as a whole, is fairly new. Road construction was, of course, very important in the World War II era, but the number of vehicles on the roads were minimal compared to today. That’s why the roads and bridges are beginning to falter, and must be replaced. Especially in an area like Birmingham.
“If you think Birmingham is bad now, just wait until they start tearing down everything,” Whittington said. “It’ll be a mess.”

But it’s a mess that is necessary, and safety is the key to keeping Alabama Barricade employees safe as well as those drivers on the roads.

“There are no such thing as ‘accidents’; only carelessness,” he said.