TRUSSVILLE – SPOC Automation should probably be located in Texas. That’s where any company in the oil and gas industry is traditionally based, but that was never the plan for Bobby Mason and his company.

“The people are what makes the difference in any company and the people who work here are phenomenal.,” he said. “Obviously, we could be based in Houston or Dallas and be overrun in the oil industry, but this is a great community. I’ve raised my children here, we go to church here. It’s humbling to be able to be where you grew up and provide something this unique.” 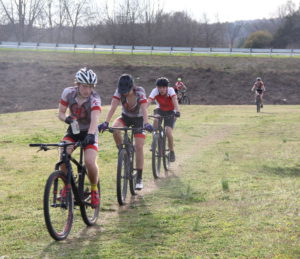 SPOC stands for Sensorless Pump Off Control, and the company began in the coal bed methane industry. SPOC Automation was instrumental in devising an economical way to apply control to a vital part of the extraction process.
The most basic explanation is SPOC engineers and manufactures a system to keep the pumps from overheating or creating an electrical charge.

“Every oil and gas story you see, you see that reciprocating pump that goes up and down. Well, that pump has a rod on one end that goes thousands of feet into the ground and weighs a ton. There are weights on the backside and that gives the teeter totter effect,” Mason said. “What happens is that overhauling load over speeds an electric motor, which essentially renders any electronics useless due to the energy. We came up with a way to control that from happening without needing breaking resistors. That way I’m not heating Alabama in the middle of August. What we were able to do was save customers 45-50 percent on their electrical consumption.”

The company works worldwide to provide this service across the globe. Without much use for that type of product in Trussville, SPOC uses its time locally to help the Hewitt-Trussville mountain bike team.

Bobby’s two sons are both involved, his oldest son helped start the team, and he’s been involved since the beginning.
“It’s a great family sport,” he said. “You can be a super Olympic athlete or just a kid who likes to ride a bike, and there’s a place for you in that sport.”

Trussville has a very nice and challenging course here, and last season they finished second in the state.
“It just allows families to come out and support each other and the kids. We’re very happy to be part of that program,” Bobby said.

SPOC isn’t going anywhere any time soon, either, and neither is the oil and gas industry.

“My view on the future of this industry is extremely positive. There may be technological advances in the fuel industry, but not any time in the near future,” he said. “Oil and gas are here for a while. We’re finding through technology how to get to and harvest oil that was unreachable before. We’ve made so many advances in technology over the last 8 years in how we drill wells, it’s been amazing.”

Those advances are partly the responsibility of Trussville’s own SPOC Automation, and they’re not afraid to mess with Texas.