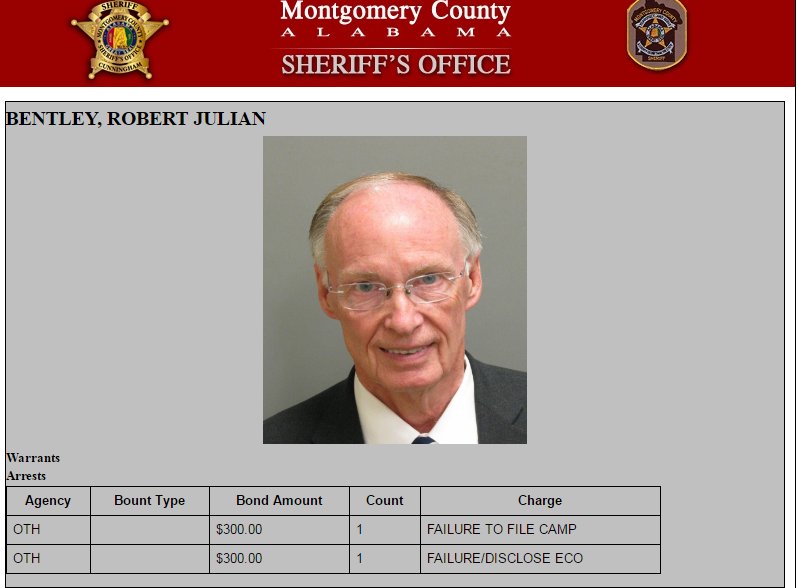 MONTGOMERY — After a long, drawn out legal battle with state legislators and the Alabama Ethics Commission, sources have confirmed with the Tribune that Alabama Governor Robert Bentley has resigned following an emergency cabinet meeting called for 3:30 p.m. Lieutenant Governor Kay Ivey was sworn in to become the state’s second female governor following at 6 p.m. today in the old Senate chamber. She becomes the state’s 54th governor.

Ivey promised honesty and and an open administration. She also promised no disruption in state business. While she said she was prepared for this moment, she did not want the situation to arise.

Bentley left the state capitol after meeting with his cabinet and headed to the Montgomery County Courthouse where he reached a deal with prosecutors today that allows him to plead guilty to two charges related to campaign finance and avoid jail time, according to sources in Montgomery. From there, he went to the Montgomery County Jail for processing. He was fined $2,000 and ordered to repay the state $8,000 and surrender all campaign funds to the state. Bentley will serve 12 months of unsupervised probation.

Saying he could no longer put his family and staff through the trouble caused by his actions, Bentley resigned effective immediately in the Old House Chamber. To the people of Alabama, he said, “I have let you down.”

A 74-year-old dermatologist and former Baptist deacon, Bentley has been involved in a sex scandal for several months. Last year, he and his wife, Dianne, divorced, and recordings of Bentley making suggestive remarks to his top aide, Rebekah Caldwell Mason, surfaced. Since the proceedings began to impeach the governor, more details of their relationship have emerged, including text messages between them.

Following the release of those audio recordings in March 2016, Senator Shay Shelnutt and Representative Danny Garrett both called for Bentley’s resignation. 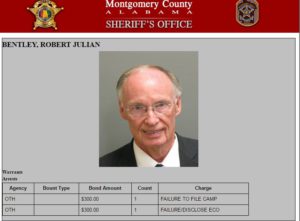 “I don’t see how the governor can be the strong and effective leader our state needs at this time,” Garrett said at that time. “I would urge  him to step aside and allow the state to move forward.”

Shelnutt said Republicans often talk about holding state employees, teachers and elected officials accountable for their actions and he thinks Bentley, as the leader of the state, should be the example by walking the walk.

“I ask my fellow legislators to join this call for the governor’s resignation in order that we may move past this distraction and do the job we were elected to do by the citizens of Alabama,” Shelnutt said last year.

The Tribune will add statements from Bentley, Shelnutt and Garrett when available.