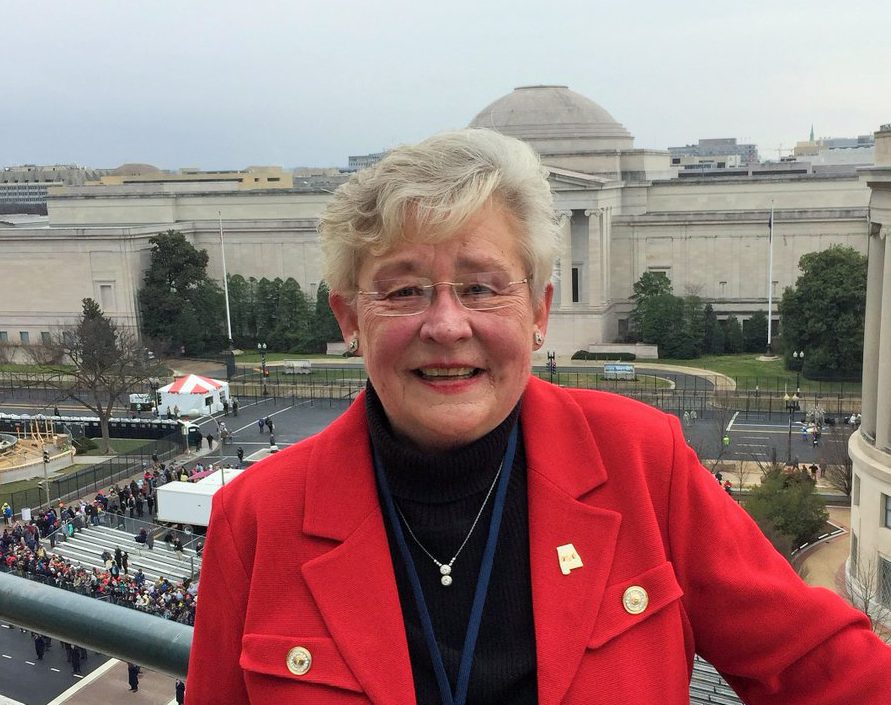 MONTGOMERY –At 6 p.m. on Monday, lieutenant  governor Kay Ivey was sworn in as Alabama’s 54th governor, only the second female to hold the post in state history. Lurleen Burns Wallace, who took office 50 years ago in 1967, was the first.

Ivey, a Republican, was born in Camden, Ala. in Wilcox County in 1944. She is 72-years-old and was elected  lieutenant governor in 2010, the same year Robert Bentley was elected governor. She defeated Jim Folsom, Jr., who was seeking re-election to his fourth term.

Ivey had originally planned to run for governor in 2010, but abandoned that bid to seek lieutenant governor. She defeated Hank Erwin in the Republican primary.

Prior to serving as  lieutenant governor. Ivey served two terms as state treasurer.

After graduating from Auburn University in 1967, Kay worked as a high school teacher and a bank officer. She served as Reading Clerk of the Alabama House of Representatives under Speaker Joseph C. McCorquodale and Assistant Director of the Alabama Development Office, where she worked to spur job creation and economic development across the state, according to the state website.