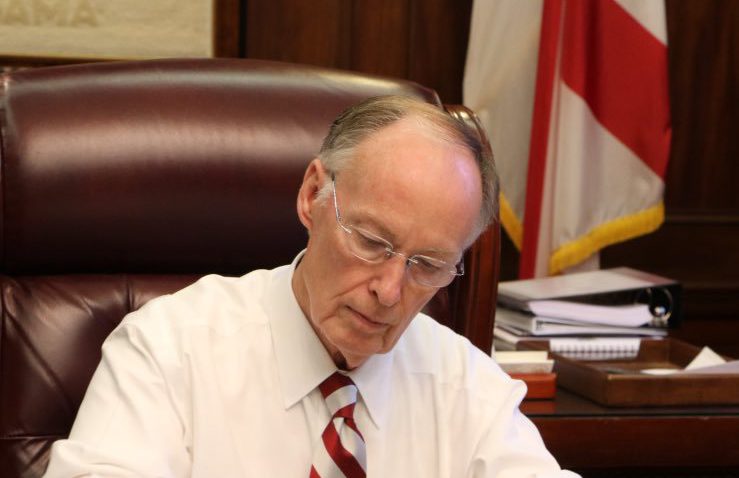 TRUSSVILLE –It’s over. Robert Bentley is finished as Alabama’s governor. Regardless of rumored negotiations for his resignation, regardless of criminal prosecution, regardless of impeachment proceedings, the man is done. He’s just another footnote in the embarrassing political history of Alabama.

Bentley, whether by his own hand or the hand of others, has joined the ousted former Speaker of the House Mike Hubbard, who has been sentenced to prison, and ousted – for the second time – Chief Justice Roy Moore for the trifecta of shamed branches of Alabama state government.

Some will be hailed as heroes for their testimony against Bentley. Some will claim victory for filing charges. Some will take credit for bringing down the governor. But the reality is Bentley was done in by Bentley.

The list of those who tried to save him is long. His former wife of 50 years, Dianne Bentley, tried to save him. Her chief-of-staff Heather Hannah tried. His sons tried. His preacher tried. The top law enforcement officials in the state, Bentley’s staff members, former legislative colleagues and longtime friends from Tuscaloosa all tried.

The bumbling, fumbling, arrogant narcissist didn’t want to be saved. Overcome by delusion and generic Viagra, the clown governor has hung on to his fantasy of relevance.

Wednesday, the Alabama Ethics Commission found probable cause that Bentley had misused state resources for personal benefit and repeatedly violated the Fair Campaign Practices Act. Those charges were immediately referred to the Montgomery district attorney for possible criminal prosecution. On Monday, the district attorney sent to charges to the state attorney general.

Sworn testimony shows Bentley threatened state employees who he thought threatened his love interest. He used state law enforcement officials to intimidate witnesses, state cars and state planes to further his personal affair, and was derelict in his duties as governor by spending countless hours of his work week locked behind closed doors playing slap and tickle with a married staffer half his age.

It was over and everyone but the state commander-in-denial knew it.

So, how did Alabama, the state that re-elected Bentley by an overwhelming margin, reach this point? Gullibility. It is our unfortunate heritage.

We elected George Wallace, who stumped on a state’s rights platform while repeatedly handing state rights over to the federal government, four times. The segregation forever governor even carried the majority black vote in Alabama. Gullibility.

Alabamians love a bargain and Bentley’s “no salary” pledge sounded like a great deal.

But voters forgot the first two rules of a great deal. You get what you pay for. And, as my grandfather was fond of saying, a bargain is not a bargain unless you need it. Alabama didn’t need another worthless governor.

Bentley was deeply flawed from the beginning. He was catapulted to the Governor’s Mansion by lies.

When he made the Republican run-off against Bradley Byrne, Bentley crawled in bed with Paul Hubbert and AEA. Hubbert ran attack ad after attack against Byrne under the guise of a Republican PAC. Alabama voters took it hook, line and sinker.

Hubbert understood the gullibility of Alabama voters like no other.  It would be Paul Hubbert and AEA’s last political win and the Republicans only loss of an otherwise clean sweep of Montgomery in 2010.

Byrne has gone on the a stellar career in the Untied States Congress. Alabama got stuck with the Love Gov and enough egg on our face to supply every Waffle House in the heart of Dixie.

Bentley is a political dead man walking. The only remaining suspense is which pallbearers will be listed in Bentley’s political obituary and will Alabama voters finally take elections seriously and stop being gullible.