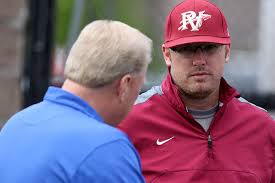 By Tyler Fitzgerald
For The Tribune

HOOVER — Pinson Valley Indians traveled to Spain Park Monday, and the game certainly did not lack excitement. A high-scoring affair with both teams getting their bats going, the two teams combined to score 16 runs, with the Jaguars coming out on top 11-5.

The offensive onslaught in this game started right out of the gate when the Indians put runners on second and third base. With one out in the top of the first, Rudd Mauldin drove the ball into left field to bring in the two base runners with a double, giving Pinson Valley an early 2-0 lead.

The Indians’ starting pitcher, Shelton Clevenger then continued the momentum for the Indians by sitting down the first three batters he faced for the Jaguars.

In the top of the second, the good fortune continued for Pinson Valley as Blake Offutt led off the inning with a double, and later scored to extend the Indian’s lead to 3-0.

Spain Park’s Zachary Evans quickly halted the momentum, however, when he led off the bottom of the second inning with a home run into deep left field. Just like that, the momentum had shifted. Clevenger then surrendered two walks and a single to load the bases for Spain Park. Jacob Rich and Peyton Sanderson each had RBIs to put the Jaguars out in front 5-3.

“He had one bad inning, you know just a high pitch count but other than that I thought he threw pretty good,” he said.

In the fifth, Mauldin hit an RBI single off Jarrod Kennington, closing the gap to 5-4. The Jaguars answered, however, scoring two runs off Pinson Valley reliever Ethan Turner to increase their lead to 7-4.

Pinson battled back in the sixth inning, scoring one run to trim their deficit to 7-5. Their efforts would fall short, however. In the bottom of the sixth inning, Spain Park increased their lead to 11-5 behind the RBIs of Will Battersby, Michael Purser and Justin McClure. Spain Park then shut down Pinson Valley in the seventh to seal their win.

Following the game, Chappell was pleased with his team’s effort despite coming up short.

“I thought offensively we were pretty good where early on in the year, that is where we struggled,” Chappell said.

Pinson Valley will look to rebound tomorrow night when they take on Center Point at 6:30 at Pinson Valley High School.