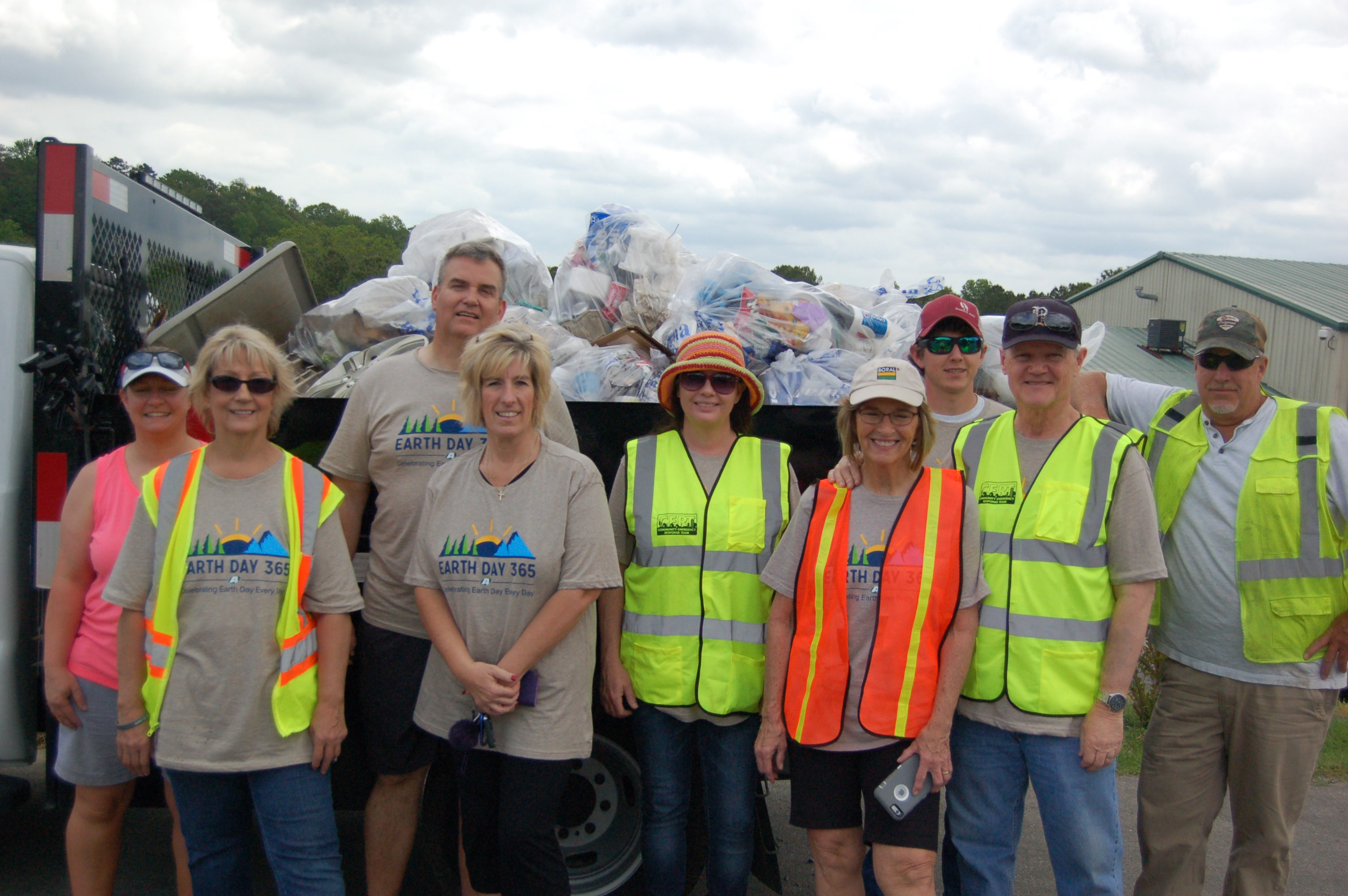 Some of the volunteers stand before a truck filled with trash picked up from roads in Argo.

ARGO – On Saturday morning a dozen volunteers turned out for Argo’s first Earth Day clean up in the city. Among them were Councilman Anthony Alldredge, Councilwoman Ann Brown and Argo mayor Betty Bradley. 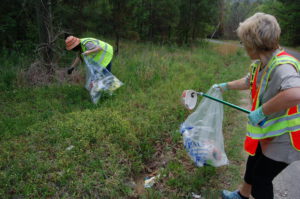 Michelle Coalson (left) and Beth Alldrege (right) pick up trash along a road in Argo.

The volunteers met at Argo City Hall where volunteers introduced themselves before Mayor Bradley led the group in a prayer.

Volunteers then split into teams of three or four and picked up trash from Argo Margaret Road to the city limits, including Cedar Creek Road, Freeze Mountain Drive, Seminole Trail, Bill Smith Road and a large part of Highway 11.

After a three-hour effort, they came away with what was estimated to be around 1,000 pounds of trash. Much of the trash was aluminum cans but also included many plastic bottles and some metals.

“It would help if everybody would not throw trash out but I’m grateful for everybody that took the time to help in the streets,” Councilwoman Brown said.

The cleanup was organized by Brown, who was inspired by a spring cleaning event in Moody six years ago. She said that she reached out to the Moody City Clerk for advice on how they arranged the event and was told to contact Advanced Disposal.

Advance Disposal has helped pick up trash from the streets and roads for free for five years. This year the cleanup falls on the same day as Earth Day. This will be the first Earth Day cleanup for Argo.

“I guess being in my 60s, Earth Day has evolved since I was a teenager,” Brown said. “So I’ve always been conscious of the environment and we try to recycle as much as we can. I’ve always tried to teach my children and other children that you have to think about your environment.  We just need to keep Alabama beautiful and there’s no better place to start than in your own street.”

Brown stressed that people should begin carrying their own plastic bags instead of throwing trash out. Bags can be kept in cars or easily carried around when walking through an area.

She said that she and the council often get ideas from neighboring cities like Springville on arranging clean up days. Mayor Bradley hopes to hold the event more than once a year.

“I appreciate everyone who came out to help with us today,” she said. “We want to try and have this more often, maybe two or three times a year and we want to invite people to come and help us clean up Argo.”

Councilman Alldredge echoed Mayor Bradley’s sentiments, adding that he hopes that this will start a tradition in Argo.

“I hope that it lets everyone see us get out there and start this tradition,” he said. “And so next time we get out we can start getting people more involved in the city. We’d love for everyone to come out and be a part of it.”