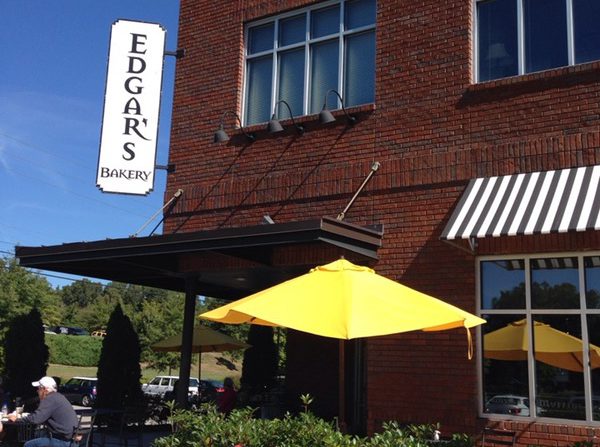 The city council plans to consider an agenda item on Tuesday night that will authorize mayor Buddy Choat to sign a real estate agreement with Dotry Enterprises for 156 Main Street, the former location of the Sticks and Stuff furniture store. If all goes as planned, Terry and Dottie Smith will build their eighth Edgar’s Bakery location in the heart of the Trussville downtown district.

Terry Smith said he and his wife, Dottie, have been eyeing Trussville for several years with hopes of expanding into the area. The downtown redevelopment and the availability of the Main Street property were the right fit for their vision.  The development will include the entire block.

“I grew up in the eastern area and graduated from Huffman,” Terry Smith said. “My best friend’s father owned the hardware store in Trussville, so I know this side of town very well. With everything going on in downtown Trussville, it’s just really exciting for us. The location and timing, everything was right for what we wanted.

“Since we opened the Colonnade, people have been coming in and asking us to open in Trussville. It’s been the number one place that our customers have requested that we have a location.”

Choat said the process of getting the right fit for Edgar’s has taken time, but he knew the end result would be right for the city.

“I’ve been talking to Terry and Dottie for at least four years, starting with the location where Moe’s is now,” Choat said. “When I took office, they were two of the first people I called. This is the type business that’s the perfect fit for the city’s downtown plan.”

The city purchased the property when Sticks and Stuff closed in hopes of clearing the lot and making it available for private development. If approved, the purchaser will have 60 days of due diligence. The purchase price has not been announced, but will be part of the public agreement.

Smith said they could close on the property in about 60 days with construction beginning shortly after. He expects to open sometime in the first quarter of 2018.

Dave Reese of Turner Batson Architects will design the freestanding building for Edgar’s. Reese is the lead architect for the Trussville Redevelopment Authority and has designed the downtown plan as well as most of the exterior renovations for the existing buildings.

“Dave designed our production facility and we loved working with him,” Smith said. “He’s already done all this work in downtown Trussville, so we know he can get us the right design.”

Smith said there is some consideration of having about 2,000 square feet of retail space to lease out in addition to the bakery and cafe, that that determination has not yet been made.