Panera Bread set to open this week at Homestead Village

TRUSSVILLE — The first restaurant at Homestead Village is set to open this week. Panera Bread confirmed it plans to open its doors to Trussville on Thursday. 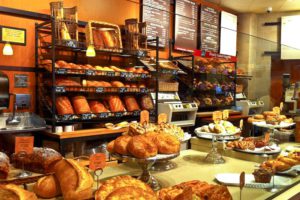 Panera stylizes themselves as a peaceful “Bakery-Cafe” and offers a wide array of pastries and baked goods, such as croissants, bagels, cookies, scones, muffins and brownies. These, along with Panera’s artisan breads, are typically baked before dawn by an on-staff baker. Some locations also participate in a program that donates their unsold baked goods to local charities after closing hours.

Panera also has a selection of seasonal offerings, such as the Strawberry Poppy Seed Chicken salad offered during the summer season and the Roasted Turkey Cranberry Flatbread in the winter.

Panera announced the addition of more plant-based proteins, such as edamame and organic quinoa, to its menu on November 5, 2015. Being one of the first fast-casual restaurants to discuss plant-based proteins caused Fortune reporter Beth Kowitt to speculate that “other restaurants will likely follow the soup-and-sandwich chain’s lead.”

The Homestead Village location will feature a drive thru and a kiosk with a cashier for rapid pick up of call in orders.