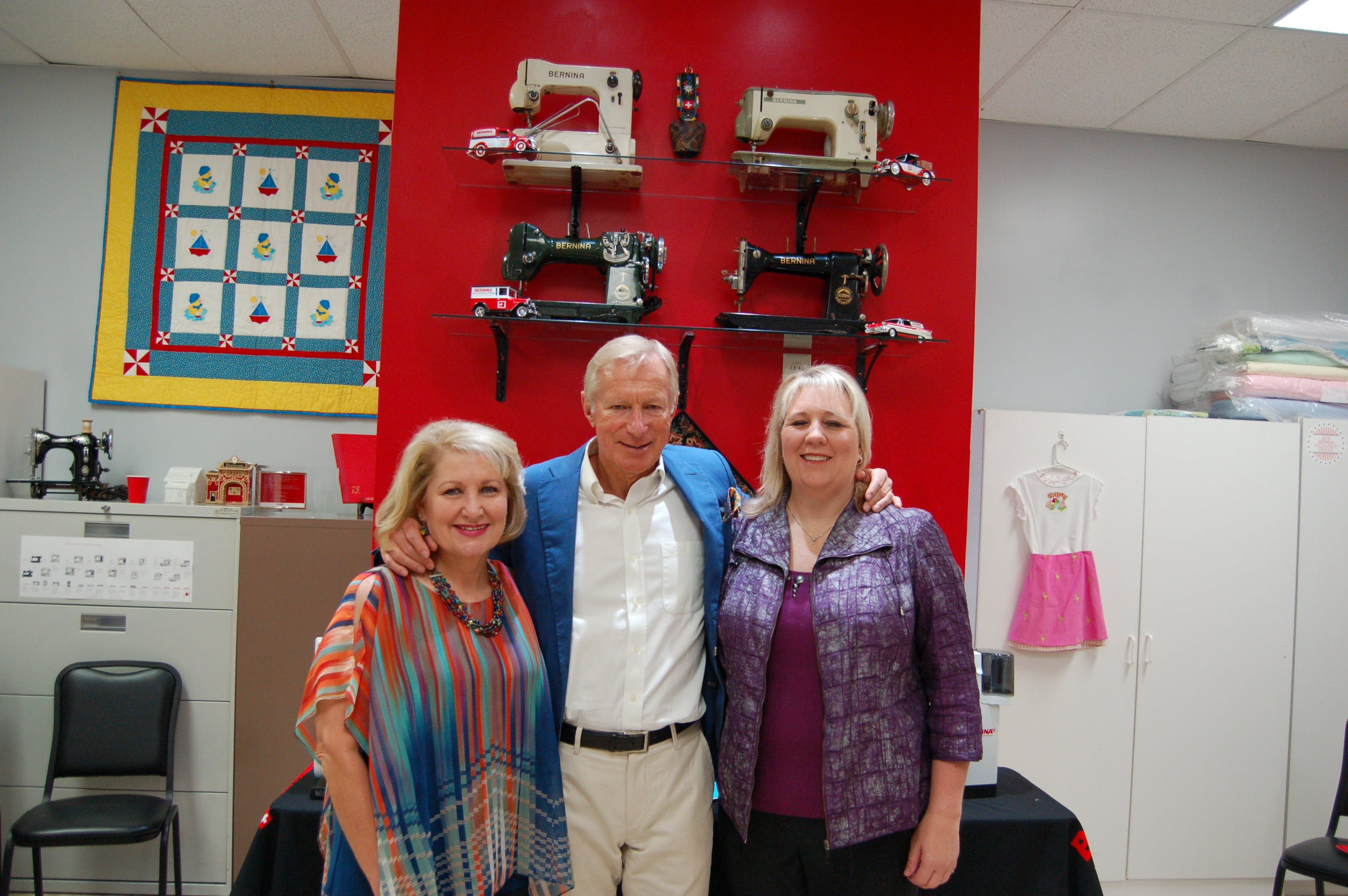 Robin Parker, Hans Peter Ueltschi and Pam Dunn in front of the Bernina display at Robin's. Photo by Nathan Prewett

TRUSSVILLE – Sewing machines have come a long way in the industry. Robin’s Sewing Shoppe is one of those in the industry keeping up with how modern sewing has progressed. The store held a grand opening event on Tuesday morning, and invited sewing enthusiasts to see what was in stock and to welcome the president of Bernina, a company that supplies sewing machines to Robin’s. 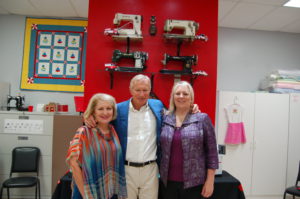 Robin Parker, Hans Peter Ueltschi and Pam Dunn in front of the Bernina display at Robin’s. Photo by Nathan Prewett

Hanspeter Ueltschi, Fourth Generation Owner and Chairman of the Board of Bernina, was present with Robin Parker and partner Pam Dunn along with more than 30 attendants to celebrate the opening of the shop, which first started in December of 2016.

Ueltschi explained the history of Bernina, saying the company was founded by his grandfather who named it after a mountain in Switzerland. As a fourth-generation owner Ueltschi now has several children that help run the company. At one point a cellphone call from someone in the crowd interrupted him.

“Is Switzerland calling me?” he said, drawing laughter.

In front of him was a display of several past Bernina machines showcasing the evolution of the company’s products, along with two of the current models being sold today.

Afterwards, tutorials and demonstrations were given at the store, as well as a drawing for gift certificates, which were given to six ladies in the attending crowd.

“It allows them to be a lot more creative where they can use their own ideas and thoughts in texturing and the way the stitches are going as far as creating their own designs on fabric,” she said.

Designs can be created on a computer and then downloaded into the machine.

“The software is unbelievable,” Parker said. “It can do just about anything. It’s a huge, huge market in the sewing industry.”

Having been in the sewing business for more than 25 years, the hobby is also a way of bringing people together for Parker. As times change she hopes that people can pass the tradition down to their children.

“My goal is to encourage the people in this area that have younger generation children to get them sewing because we don’t want to lose that special bond we share with our children, our grandchildren, our friends,” she said. It’s a wonderful way to come together and be together as a group that share ideas and encourage each other to get creative in their work.

Parker will be opening a second location in the Highway 280 area in Hoover.