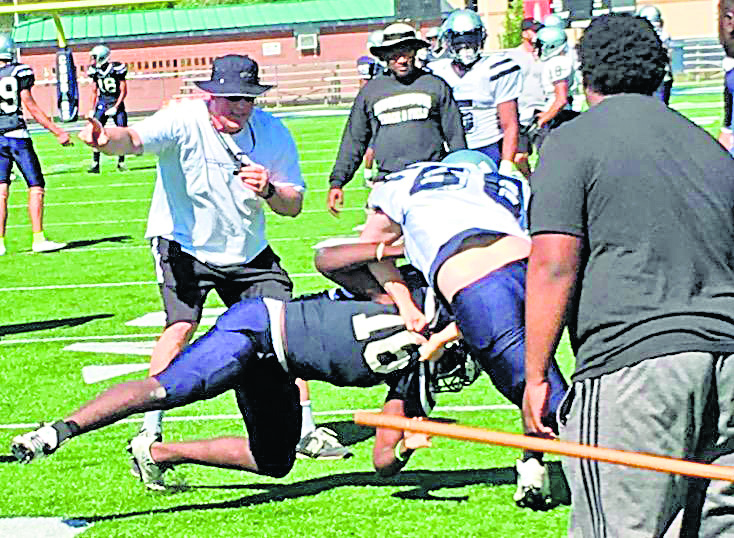 Posted By: Trussville Tribune staffon: May 02, 2017In: Sports
Print Email

CLAY – Drew Gilmer has been a football coach at Clay-Chalkville High School for seven years. But even he had to confess the first day of spring football practice as a head coach was a little different. 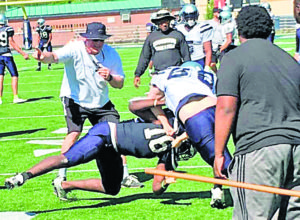 “Yeah, it does feel a little different,” said the man who has replaced longtime head coach Jerry Hood as the Cougars’ leader. “I’ve got more responsibilities, I have to see the big picture. But as a whole, it comes down to coaching ball and getting after it.”

Gilmer was happy with Monday’s first day of practice, a spirited and physical one that saw Gilmer still overseeing the linebackers, but sprinting from one end of the field to another to praise or prod a player, blasting his whistle and clearly establishing himself as the boss.

“It’s a big learning curve for all of us,” Gilmer said, “New players, new coaches.”

Among the new coaches is offensive coordinator Jon Clements, who came over from Pinson Valley in mid-year after Matt Glover was let go. Clements was OC and quarterbacks coach at Pinson. He was tutoring the Cougars quarterbacks, including returning starter Willie Miller, and signaling in plays from the sideline during full-on scrimmage work. Gilmer said there will be a few tweaks to the offense, previously run by Stuart Floyd, who’s now at Hewitt-Trussville, to better take advantage of this group’s talents.

The 10 days of spring drills will be important to the new coaching staff and players. 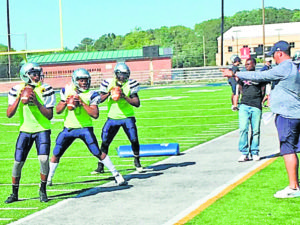 It will be both competitive for positions – Gilmer posts a depth chart every day – and finding the best players for the best spots.

“The depth chart changes every day,” he said. “We tell them every day is an interview. ‘Did you have a good day? Did you improve?’ If they improve 1 percent every day, we’ll be in good shape.”

The Cougars will hold an open scrimmage on May 12 at 2 p.m. to allow students to see that improvement. Clay-Chalkville will travel to Gadsden City for their spring game on May 19 at 6 p.m. to see how far it’s come.

The Cougars also, as usual, will hit the summer tour of 7on7 competitions, including June 27 at Spain Park, July 22 at Alabama and then they will host the Deerfoot Invitational on July 25.

Fall practice begins Monday, Aug. 7. The Cougars will open the 2017 season at Florence on Aug. 25.