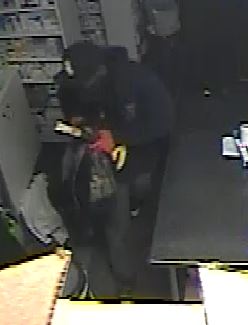 TRUSSVILLE — Trussville police are investigating the burglary of a pharmacy occurring at 3:41 a.m. on Friday, April 28, at a pharmacy off Watterson Pkwy. 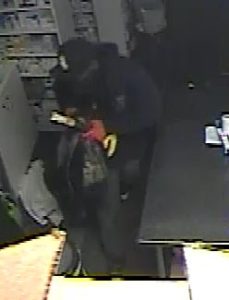 According to Lieutenant Eric Rush of the Trussville Police Department, it appears two black males wearing caps and bandannas used a crow bar to pry open a door to the pharmacy.

A wide array of drugs were stolen during the burglary, and pill bottles were scattered on the floor. Detectives obtained surveillance video from which photos of these persons inside the pharmacy were captured during the burglary.

Rush said the suspects were in the building for a little more than a minute.