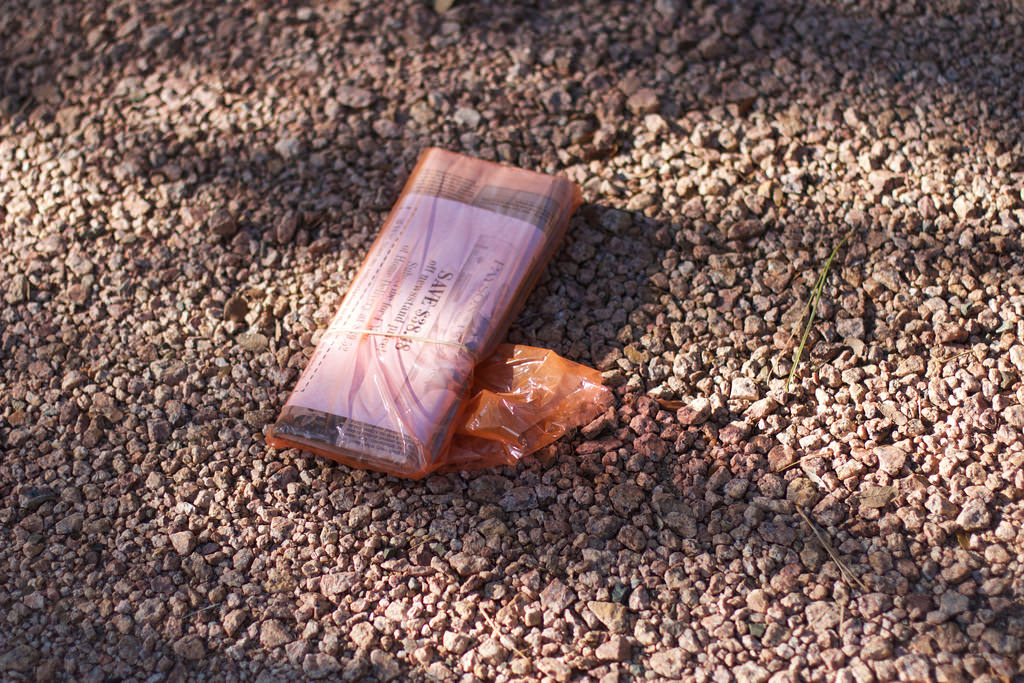 ARGO — Argo Mayor Betty Bradley has been working for close to a year, even during her time as a councilwoman, to stop the problem of unsolicited sales papers being thrown into Argo citizens’ yards. Now, the city has taken action.

A city ordinance was passed Monday night making it illegal for a distributor to deliver publications to citizens who ask not to be included in delivery. A violation could result in a fine between $250 and $500 and not more than six months in jail. Each day a violation occurs would be considered a separate offense.

WHEREAS, City residents and businesses often receive unsolicited handbills and publications that are thrown onto both private and onto public properties associated with that particular resident or business; and,

WHEREAS, this type of unsolicited publication most often is ignored, strewn by the weather, washed away by storm water, washed into drainage structures, and otherwise littered about the community in both public and private areas; and,

WHEREAS, the perpetrators of unsolicited publications and handbills delivered throughout the City are not known to the City and methods to make contact with these individuals & companies is highly difficult for the average citizen and the City government; and,

WHEREAS, there is no current effort by the perpetrators and/or the associated publishers to control or to manage the distribution of these unwanted publications; and,

WHEREAS, the City Council as well as the citizens of the City consider the indiscriminate distribution of unwanted publications and handbills to be litter and a nuisance upon the City.

During the city’s recent clean up day, Bradley said she and other volunteers picked up several papers from ditches.

“We’re not the only city having problems with that. Basically, it’s littering,” Bradley said. “They’re throwing them everywhere, and (the city is) responsible for cleaning them up.”

Resident Eddie Fine said he has to pick up several publications in his subdivision.

“It’s a real nuisance,” Fine said. “I’m sure I’m not alone in feeling that way.”

The City of Argo only has one maintenance person, and Bradley said when he is cutting the grass on the side of the roads, it makes that job entirely too difficult. The problem is the papers rarely end up in driveways.

“Instead of putting a stamp on it and putting it into the mail, The Birmingham News has the liberty to throw them into your yard or ditch or wherever it happens to fall,” Fine said.

Bradley began working on a compromise with Advance Central Services representative Tony Heaps close to a year ago while she was a councilperson after a delivery driver was ticketed for littering.

Heaps is the Regional Distribution Manager for The Birmingham News. In an email on May 31, 2016, Heaps said he was under the impression the city would not cite his delivery drivers as it was known the company was working with the city to curb the problem.

“We aren’t asking (police) not to do their job,” Heaps wrote in the email. “We just don’t want an independent contractor who is doing what we are paying them for delivering to get another citation.”

Later in the email, Heaps assured those copied in the email the problem was being corrected.

“If someone gets put on the (do not deliver) list (we will) make sure they aren’t thrown and to go back and do sweeps of houses that have multiple (papers). I can assure you this will be done.”

Bradley said that promise has not been kept.

“We met with (Heaps), and he assured us that if you do not want them they would not deliver it,” Bradley said. “And if they saw more than one paper in your drive, they would have them stop and pick them up. Well, that’s not the case.”

Messages left in an attempt to reach Heaps via telephone and email have not been returned.

Bradley said sometimes there are as many as a dozen papers in a single driveway, and delivery is not every day. She said the ordinance would give citizens a chance to opt out while also placing consequences on the delivery driver. The ordinance states the publisher must provide citizens with reasonable methods to communicate their wish not to be included in delivery. The publisher must provide, at the very least, communication means through telephone, email and postal service for occupants of the premises to opt out of the deliveries.

To opt out, residents must contact the publisher and follow their procedure. Once that has been completed, if the delivery does not stop, a complaint may be filed. Any resident or owner/occupant of property of the City of Argo wishing to make a complaint regarding delivery of an unsolicited publication in violation of this chapter to the property at which they reside, lease or which they own shall provide the following information to the city: the name of the requesting person, the address that was the subject of the request, the date of and method used to make the request, any the tracking number or other reference information provided by the publisher in response to the request; and the name and publication date of the unsolicited publication that is the subject of the complaint.

In addition to the opt out clause, according to the ordinance, the city would require distributors to “use their best efforts to place publications in proximity to the entrances of the property and/or units to which the distributor intends delivery.”

The city attempted to work on the problem months ago, but Bradley’s efforts stalled following the meeting with Heaps. Now as mayor, she said this has been among the things she would like to see passed in order to help keep the city cleaner.

“This has started to pick back up traction since (Bradley) became mayor,” Fine said. “Hopefully she will be able to get them to stop.”