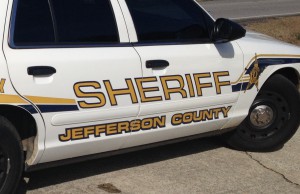 PALMERDALE – Deputies from the Jefferson County Sheriff’s Office are investigating an accident that occurred around 10:15 a.m. on Highway 75 near Palmerdale. One person was killed while two were injured.

The accident happened at the 7700 block of Highway 75 when a vehicle with two people turned left across northbound lanes onto an oncoming vehicle. The driver suffered serious injuries and was transported to a hospital while his passenger, an unidentified female, was pronounced dead on the scene. The driver of the second vehicle suffered only minor injuries.

The incident is being investigated by the Sheriff’s Traffic Accident Reconstruction Team. Authorities are withholding the name of the victim until after family is notified.