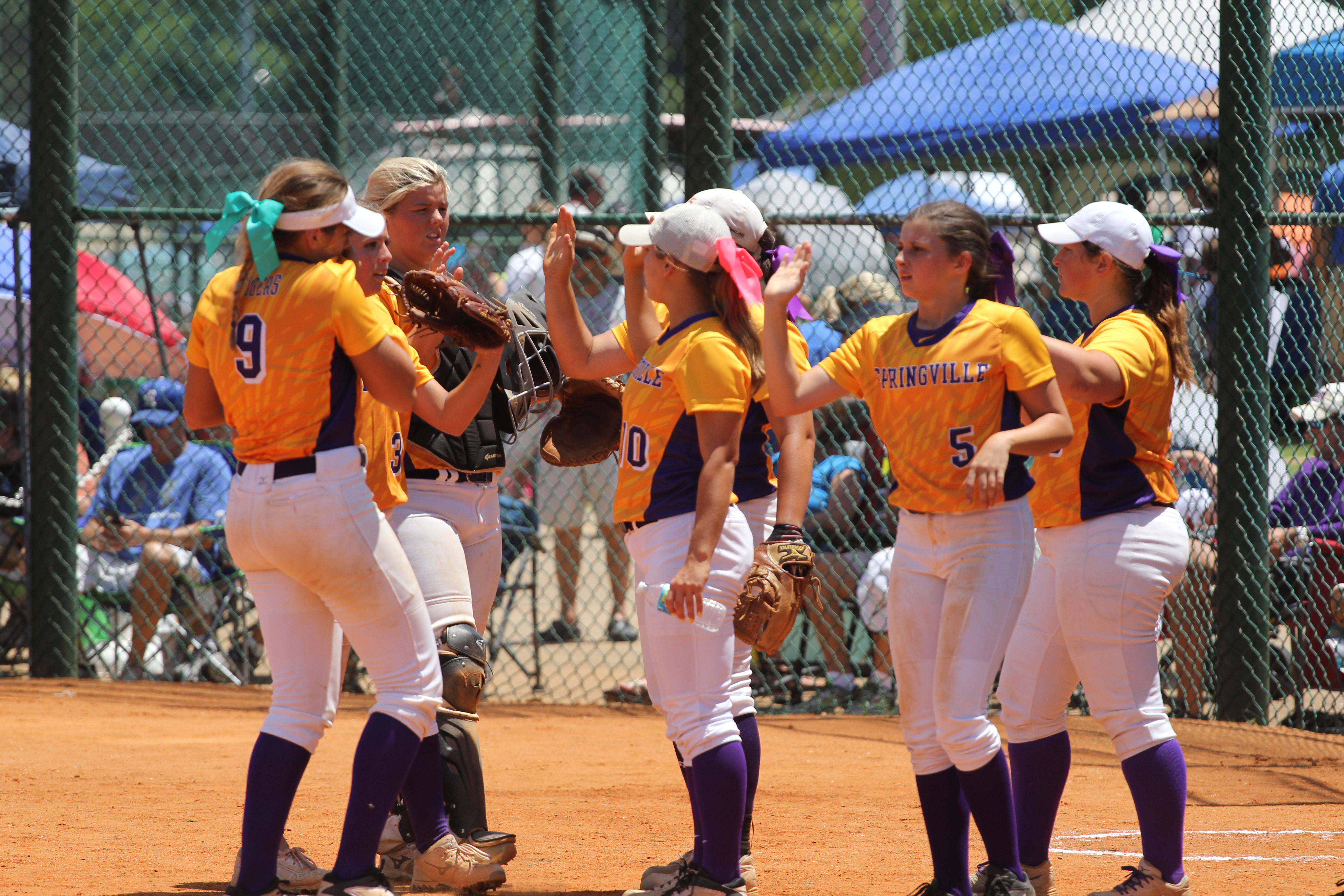 Springville one win away from state softball title; game to be held today

Posted By: Trussville Tribune staffon: May 22, 2017In: Sports
Print Email

MONTGOMERY – The 2017 Class 5A state tournament softball championship game between Springville and Scottsboro at Lagoon Park Saturday was suspended in the third inning Saturday and will resume Monday at 11 a.m. at Oxford Choccolocco Park. No admission will be charged. 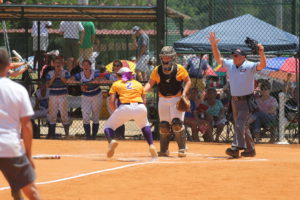 Springville was leading 1-0 in the top of the third inning when rain forced suspension. The schools agreed to play the rest of the championship contest  Monday at Oxford.

Springville 11, Scottsboro 1: An early 2-run home run from Kaylee Chapman was all Springville needed to force the “if-necessary” game in the state finals Saturday.

Springville  secured the victory, though, thanks to six runs in the fifth inning. The Tigers’ big inning was driven by a double by Annie Nolan, a single by Dakota Dorsett and a triple from Chapman. Chapman finished the game 2-for-4 with four RBIs. Nolan was 2-for-3 with three RBIs.

Abby Swaney earned the win for Springville. She threw five innings, giving up one run, four hits, and striking out five. 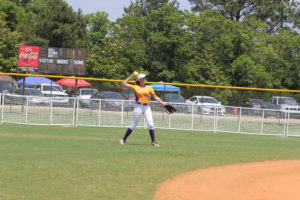 Springville 6, Moody 4: A five-run third inning was enough for Springville to advance in the state playoffs. An additional run in the fifth gave the Tigers a little insurance.

Moody scored four runs on a grand slam in the sixth inning, but the Tigers still managed to pull out the victory.

Swaney earned the win for Springville. She pitched seven innings, allowing four runs, two hits, and striking out seven. Hannah Walker led the way at the plate, going 3-for-3 with an RBI.

Scottsboro 2, Springville 1: Scottsboro plated one run in both the first and second innings in the winner bracket finals to earn the win over Springville. A late push from the Tigers wasn’t enough.

Mackenzie Brown drew a walk in the seventh and scored on an error, but the Tigers left a runner stranded to end the game. 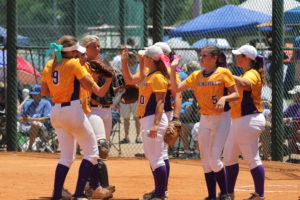 Springville 15, Rehobeth 7: Chapman hit a home run and a double that drove in four runs for Springville, and the Tigers defeated No. 1 Rehobeth handily on Friday.

Rehobeth scored six runs in the second inning, but the Tigers were not phased. Springville took the lead for good with seven runs of their own in the third inning. Chapman’s homer and a 2-RBI double from Brown helped spark the Tigers’ rally.

With two outs in the second inning Faith Myers drove in one run when she singled, giving Swaney all the run support she needed in the tournament opener.

Ashlyn Perrin and Myers each drove in one run to lead Springville.