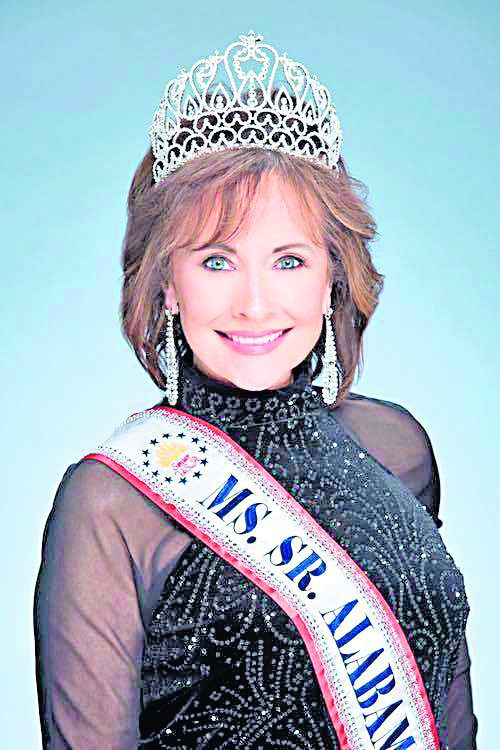 LAS VEGAS — Being a part of the inaugural Ms. Senior USA pageant in Las Vegas was enough for Donna McGuffie. Winning the pageant wasn’t on the radar.

“This organization contacted me and asked me to be a founding queen. I had the option of competing or finding someone else,” she said. “I chose to compete, but honestly it never occurred to me that I could win.” 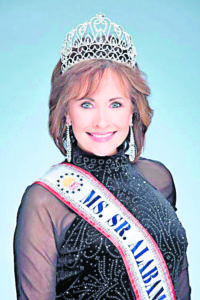 Winning pageants is new to McGuffie, but so is competing in them. When she competed in her first pageant at age 61, she won the 2013 Ms. Senior Alabama pageant.

This is the third year that a Ms. Senior USA has been crowned, but judging during the first two years was done by a board of governors. McGuffie was the first winner in pageant format. Contestants competed with a talent, poise and philosophy. McGuffie sang the Juice Newton version of the popular Timi Yuro hit “Hurt”.

“Senior programs have been going on since the ‘80s for ladies,” founder of Ms. Senior USA Kat Ray said. “We, however, are a fairly recent pageant.

“I had participated in other senior pageants and wanted to do something that was bigger and better and bring it to Las Vegas, and that’s what we’ve done.”

The trip to Las Vegas was as much fun as winning, according to McGuffie, but the trip was somewhat marred by the fact it had to be cut short. She and her husband listed their home in Pinson just before leaving, and it sold in 18 hours. Now, the couple must hurry back to close on their new home located in Trussville. The fact they drove out west certainly put a strain on their time.

“We’ve had a pretty busy week,” McGuffie said. “It was worth it, though. We had such a great time with everyone. I’ve made lifelong friends within this organization.”

Competing against women with ages ranging from 60 to 93, the stories and experiences shared were the highlight of the trip.

“The 93-year-old is from Louisiana, and she was in the Army during World War 2,” McGuffie said. “This was an experience of a lifetime.”

Now, she must represent the organization, and continue to build awareness for Ms. Senior USA, along with being a good steward of the crown.

As an organization, Ray says the Ms. Senior USA groups seeks to further empower women of all nations and cultures to strive for equality, to achieve their personal best, to make real and meaningful changes and to individually redefine what it means to be a senior woman and role model to the communities of women who will follow them.