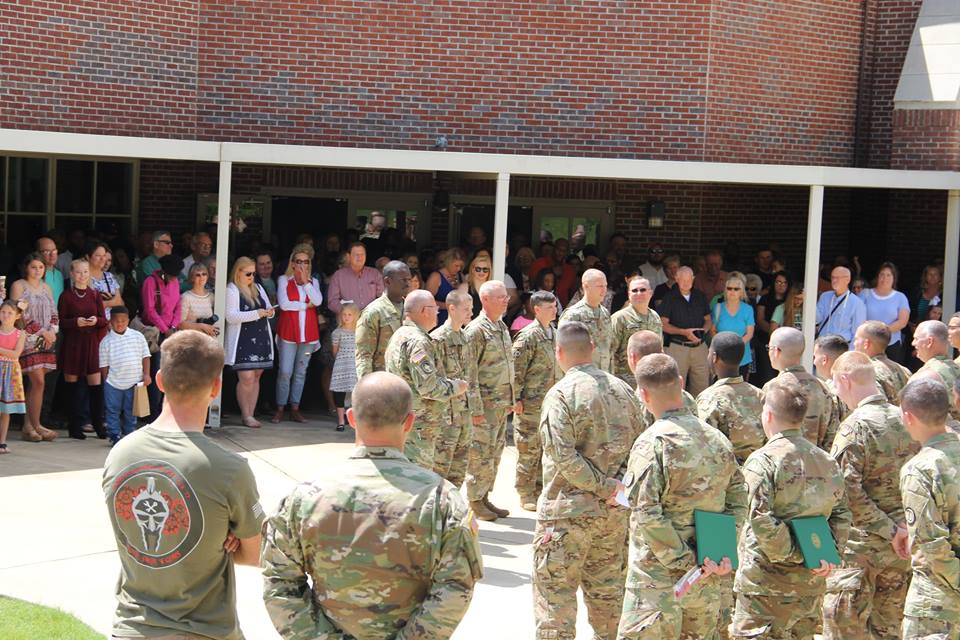 Friends and family look on during the deployment ceremony held for the 208th CBRNE unit. Photo by Chris Yow

TRUSSVILLE — The Alabama Army National Guard‘s 208th Chemical Company, out of Springville, has been called to active duty.

The unit held a departure ceremony in Trussville at Crosspoint Church facility on Friday. The approximately 90 Soldiers of the specialized chemical reconnaissance and decontamination company will perform the primary Chemical, Biological, Radiological, Nuclear, and Explosives (CBRNE) operations mission for the U. S. Central Command area of responsibility. 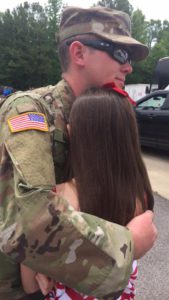 This unit is the first of its kind from the state of Alabama to serve.

Captain Kevin Ashley, Company Commander of the 208th CBRNE company, was proud of the support of the community during the ceremony.

“It’s an amazing feeling, the love and appreciation from our families and communities is overwhelming,” he said.

Having these type ceremonies certainly plays a crucial role in the deployment of soldiers because it shows them the love and support they have from those around them, Ashley said.

Many local elected officials were on hand for the ceremony, including State Senator Shay Shelnutt, who expressed his pride for these soldiers and their willingness to complete their duty.

“I’m very proud of the 208th Chemical Company,” he said. “We have a lot of young men and women from our area going overseas to protect our country. I want them to know we’re praying for them.”

Randi Wright, girlfriend to one of the deployed soldiers — Joey Mari, said she will miss him, but knows what they’re doing is important.

“It’s one of the hardest things I’ve ever done, watching them leave for a year,” she said. “But we know what they’re doing is incredibly important, and we will pray for all of them to come home safely.”

Ashley said having the support of local leaders was a great gesture. 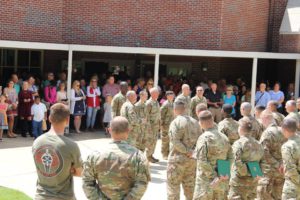 Friends and family look on during the deployment ceremony held for the 208th CBRNE unit. Photo by Chris Yow

“Having the mayor, county commissioner and senator come up and show their support means everything to these soldiers,” he said.

The 208th will be the chief chemical component in the area of operations. The group will train briefly again before their deployment.

“We’re the ‘In Case of Emergency’ element. If there is a chemical threat or hazardous material threat or if there was simply an overturned diesel truck, that would be something we are called in for,” Ashley said.

There is no specific date set for their deployment at this time, but they are expected to be deployed for around one year.