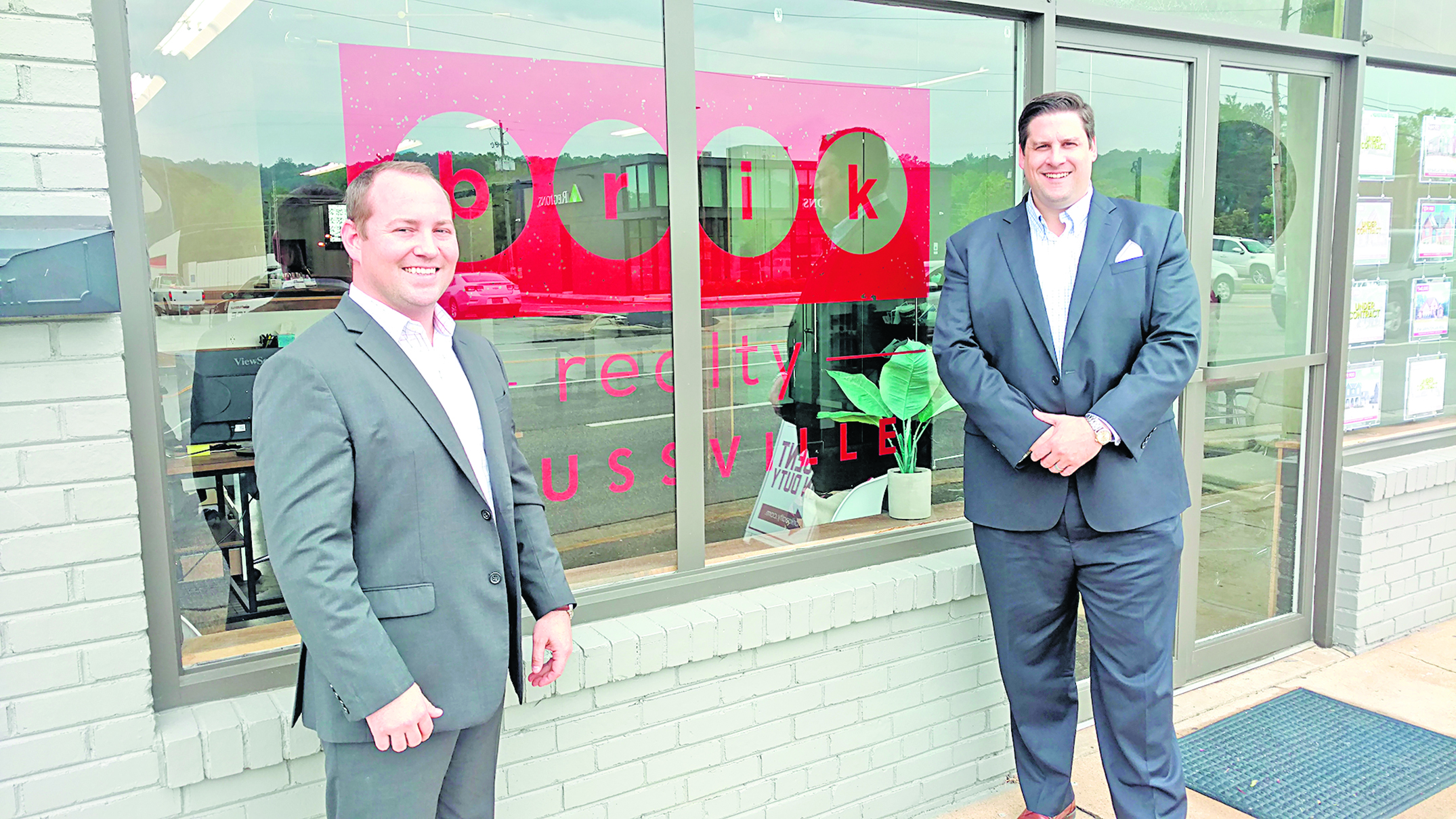 TRUSSVILLE – Despite being open in Trussville for less than one year, Brik Realty has already made itself well known around the community. Then again, being in the center of downtown Trussville certainly helps. Their building is located on Main Street with the Tribune and Gunter Oil. They renovated the old Total Printing building, and the transformation has been stunning.

“We looked at several locations, and knowing the potential developments coming to downtown Trussville, we wanted to be in the heart,” Broker Kevin Sargent said. “It was incredible watching the transformation of this building. It was industrial space with big bolts in the concrete floor and gashes in the floors and walls — it had a lackluster look. To come in here and revitalize this space into a rustic look and keeping some of that character was pretty incredible. It also fit what downtown is becoming. 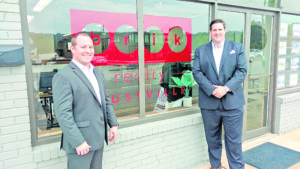 “We want to be a deep part of this community. We want to show our support to the city leaders and the first responders on a regular basis. We want Brik Realty to be synonymous with Trussville.”

Coming to the Trussville area was something Sargent was adamant about when he joined Brik Realty in September of 2015. Knowing the eastern Jefferson County area was becoming a booming housing market, he wanted to make sure he was an integrated part. He was also raised in Trussville.

“After paying attention to this market more and more, (Brik Realty owner) Gusty (Gulas) started talking to other people in the area, and was able to get Josh Vernon on board. That definitely accelerated the need for a Trussville location,” Sargent said.

Sargent knows that being part of the community is what drives business to his group of agents, but what keeps that business growing is making customers happy. The key for Brik is simple: quality over quantity. The company is still in its infancy, but has quickly become a household name, no pun intended.

When (Gulas) set the company up, it was based on quality,” Sargent said. “We’re not looking to add every agent, we wanted the best. Our business model is setup to fund that type of structure. We’ve been able to collect the best business.”

Sargent said the reason the group has succeeded so quickly is by adapting to new ideas and ways of doing business. 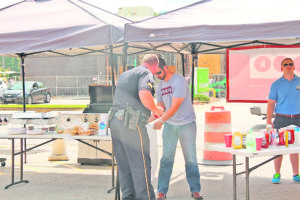 “We’re not set in some rigid ideology of how things should work. We’re always looking to evolve and grow,” he said. “A mixture of that along with top notch professionals, we’ve been able to do that. People think of us as having the best marketing skills and all of the things that go into a good agent. It’s a snowball effect.”

Gulas said his goal was to find ways to change the dynamic of the relationship among realtors and their clients.

“I really wanted a common sense, team-centric brokerage, and there wasn’t anything in Birmingham like that,” Gulas said “Over the last couple of years, we’ve been laying the foundation of our future. We have bought on board some of the youngest and brightest minds in real estate. We’re just scratching the service.”

In addition to the realtor-client relationship, Gulas said finding agents who could work together rather than against one another has been a driving factor. Finding that isn’t easy to do in a cut-throat business like real estate.

“People tend to work better around like-minded individuals. We are focused on positive people and drama-free,” Gulas said. “Working in a friendly environment where people understand there is enough business to go around. We’re better together because we learn from each other.”

Sargent has seen his office succeed because of this mentality. 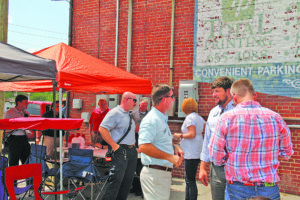 “We have a strong internal focus on statistics and goals, but our mentality is iron sharpens iron, he said. “We want to get our best in the same room and help each other with a positive competition mindset.”

Because of that mindset, Brik Realty is leading the way in the Trussville and surrounding areas among all real estate companies, despite a much smaller number of agents than other companies in this area.

“Four of the top six teams in the Birmingham area are Brik Realty teams,” Sargent said. “The mentality and culture we’ve created will allow us to build each other up and not cut each other down. It’s a unique blend. When we recruit people, we want three non-broker references.

“I think as small and as new as we are, it’s incredible. We only have 32 agents, and we’ve closed more than 250 transactions in 2017. In fewer than one year in the Trussville office, I approved our 500th transaction in early May. Most of last year, we only had 17 agents. That goes back to focusing on the quality of each agent. We want the cream of the crop.”

Sargent said the company has an internal focus on statistics, but that is mainly because the better his agents and office becomes, the better his consumer’s experience will become.

“The better our agents get, the more savvy they are about market development. Sure, our stats help our agents win, but the biggest winner is the consumer,” he said.

Gulas, who really took off in the real estate business by working with a nonprofit said that experience is what drove him to really find a way to continue giving back with Brik.

“I represented Glenwood in the neighborhood stabilization project in 2009-10 when we were seeing nearly 50 percent foreclosure sales in our market,” he said. “Glenwood provided me an opportunity to represent them searching for homes for their needs. We worked with the programs to help several people through that. We really try to give back to nonprofits.”

Because of that experience, and seeing the progress made in the Birmingham metro area, Gulas knows the importance of what he is doing.

“We believe, also, in building a better Birmingham,” he said. “You have to give back. You have to take care of the people working in the nonprofit world because they are out there helping those less fortunate than us.”

Whatever the plan for Gulas, it’s working. The future looks bright for the company, and he believes the company overall will soon have 150 agents in the metro area. With that, his goal is to be the best in the entire metro area.

“Our goal is to be the number one company in Birmingham in homes sold within the next 3-5 years,” he said. “I am pretty competitive, and I don’t miss many of my goals.”

To do that, the Trussville office and the surrounding communities will play a major part.

“We’re excited to be in the Trussville and eastern Jefferson County market. It’s a great market and we’re happy to be part of the growth,” Gulas said. “We’ve had an immediate impact, and we’re looking forward to taking care of our clients and the community.”

Sargent knows his team plays a key role in continuing that success.

“We don’t just sell Trussville and this area. We live here. Our hashtag is #friendsfamilyneighbors. We are part of this community, even though there aren’t many of us, we are a deep part,” he said.