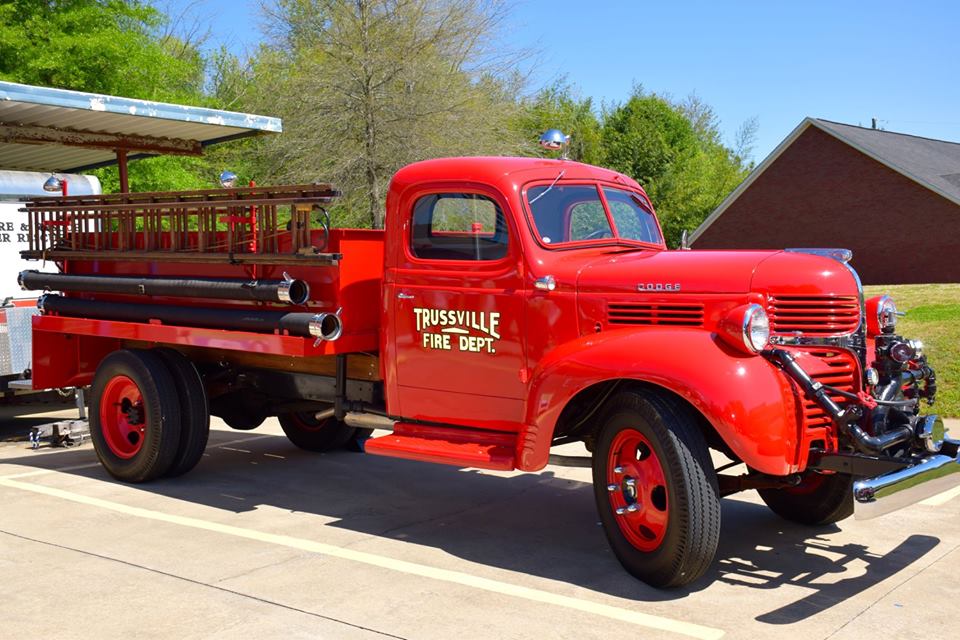 Countdown to 70: Trussville gets a shiny new fire truck

This is the second in a series that will highlight Trussville’s early history as we approach the 70th anniversary of incorporation.

TRUSSVILLE — The first fire truck in the city’s possession was a 1942 Dodge, bought by Trussville from the Trussville Civitan Club in 1948 for $1. For many years it served the city waiting at the Texaco across from Ted Martin’s service station on Main Street for its call to duty. 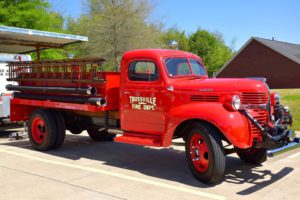 To purchase the truck originally, Trussville Civitans sold raffle tickets to give away a car, and raised $9,000. That money was able to purchase the Dodge truck. Ironically, the restoration in 1998 cost the city more than $10,000 to complete, making its restoration more expensive than its purchase price.

With a front-end mounted pump and headlights that resemble bubbles, the truck exudes the character of the times.

Much of its restoration was handled by the late Hal Gwin, a Trussville native, who grew up in the Cahaba Project before entering into the field of experimental aerodynamics in Huntsville.

All of the firefighters were volunteers in 1947 when the city was incorporated. Now the city has more than 40 paid firefighters on staff. According to a Birmingham News-Herald article from July 2, 1947, between the acquisition of the fire truck in November 1946 and July 1947, there were 27 fire calls. Only one of those calls resulted in a total loss, and that was because the building was outside town limits and there was no water available.