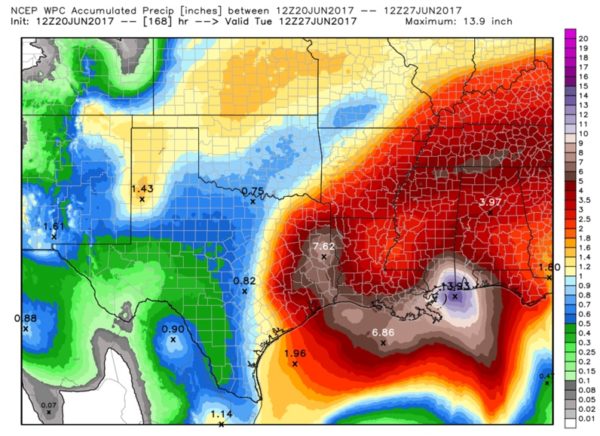 MONTGOMERY–The tropical storm in the Gulf of Mexico now has a name. TS Cindy is expected to move inland between Louisiana and Texas while dumping large amounts of rain to the east of the system. That would include Alabama.

Governor Kay Ivey on Tuesday declared a statewide State of Emergency in anticipation of severe weather moving through Alabama beginning on Tuesday.  The National Weather Service is forecasting significant flash flooding possible Tuesday through Thursday as tropical moisture moves northward into the state. 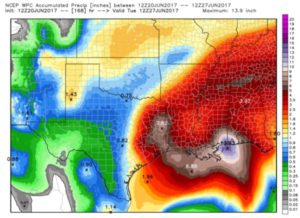 The National Weather Service predicts heavy rain combined with the current saturated soil conditions will result in the potential for significant flash flooding, especially closer to the coast. This statewide State of Emergency is effective as of Tuesday at 10:00 a.m.

“Hurricane season is underway and that means the potential for increased tropical activity along the Gulf Coast,” Ivey said. “To ensure the state of Alabama is prepared, I have issued a State of Emergency effective today. This State of Emergency will guarantee state resources are on standby and are ready to assist impacted communities if necessary.”

“Based on the forecast and prediction of the National Weather Service Offices for Alabama, residents need to start preparing for widespread rain totals of 4 to 8 inches with isolated areas of greater than 10 inches possible through Thursday,” Alabama Emergency Management Agency Director, Art Faulkner said. “Being prepared for potential flood conditions is critical, because flash flooding can be a very dangerous situation.”

The State of Emergency will be effective at 10:00 a.m. Tuesday and will remain in effect until the threat diminishes.