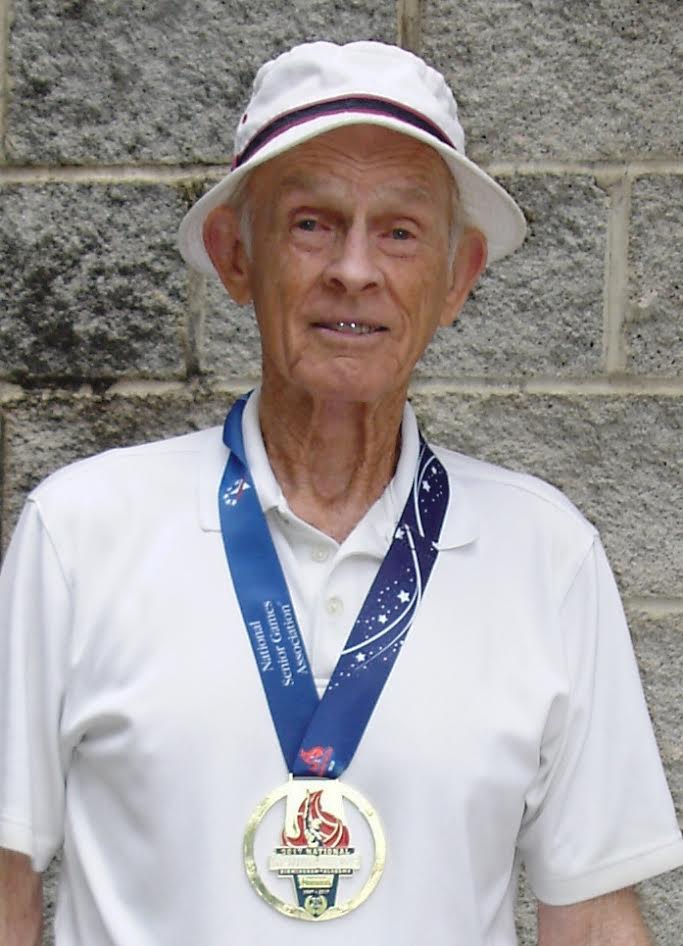 TRUSSVILLE – A few days a week Richard Lawson, 86, goes down to the Racquet Club at the Trussville Sports Complex and plays until he’s soaked to the bone in sweat and feeling more than a little tired. But that goes with the territory if you’ve been playing for as long as he has, especially if you’re a senior Olympic gold medalist. 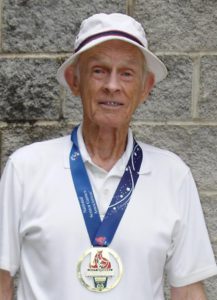 Just several weeks ago Birmingham hosted the National Senior Games, otherwise known as the Senior Olympics where Lawson took home the gold medal in tennis. This was far from the first honor that he has earned as a tennis player.

“Tennis is a big part of my life,” he said. “I love the competition, the exercise. And you meet a lot of nice people.”

Originally from Birmingham, Lawson lived in several areas in Alabama before eventually settling in Trussville with his wife. He said that he has been playing ever since he was 12 years old. When he was in high school he began taking part in competitions. As an adult, he played for a city league in Birmingham.

He has been practicing and doing matches with friends at the Racquet club in the sports complex for around 15 years.

In addition to the gold medal he earned at the Senior Olympics, he has gotten two silver medals in singles and two bronze medals in doubles while playing in national tournaments. He was a Slew Hester Player of the Year in 2007 and was inducted in the Alabama Tennis Hall of Fame in 2008.

Lawson played on the Alabama Senior Cup team for 14 years for 65’s and 75’s and has played on the Southern Team in the 75’s Intersectional Tournaments for four years. He said that he still plays in an “old style.” Some things have changed in the sport over the years.

The Senior Olympics has been around since 1985 and is for men and women over the age of 50. The competition features 19 different sports. It was last year that he got the call that he was qualified for the next Senior Olympics. In the final match, he won with a score of 6-0,6-1.

“You’re always a little apprehensive,” he said about the competition at the Senior Olympics. “You never know. There’s people from all over the country. I’ve played a lot of tournaments over the years and it’s interesting. You get to play people from other areas. And it was really interesting to me to find out how I was playing compared to those people.”

In all the years, he’s played tennis he has never had a coach. But he encourages newcomers to the sport to find someone to teach them.

“I didn’t have a coach of any kind when I was playing,” he said. “But basically, find you a good coach. Take lessons, play regularly, fairly and be a good sport.”