The Clay City Council, under unanimous consent, passed Resolutions 2017-19 and 2017-20 Tuesday night at its regular council meeting, awarding bids to TUC Pipeline for the demolition of two city properties. 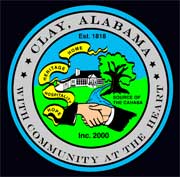 City Manager Ronnie Dixon said that TUC Pipeline was determined the lowest qualified bidder against S & W Construction, LLC, who bid $7,860 for the Elliot Road property and $13,500 for the Taylor Shop Road property.

Prior to awarding the bids, the council unanimously voted to remove Resolution 2017-18 from the meeting agenda, which concerned the demolition bid award for the property at 5504 Spanish Trace.

According to Dixon, the owners of the house at Spanish Trace had a judge issue a temporary restraining order to prevent the city from awarding a bid for demolition of their property.

“We can’t award the bid until the judge makes a decision about whether or not we are properly within our rights to award the bid and tear it down,” Dixon said.

The council also unanimously passed ordinances to annex the properties at 5502 Jeremiah Lane, 5506 Jeremiah Lane and 5916 Dewey Heights Road into the city of Clay.

“They all meet all of our guidelines as far as condition of the roads, finances and building improvements,” Dixon said. “ So all three of the annexation cases are recommended by Planning and Zoning.”

According to Councilor Dennis Locke, while the grants typically go to individual classrooms throughout the year, with school being out for the summer, the May grants are designated to the principals.

“School is out and nobody is asking for monies, and the principals, they miss out all year,” Locke said.

Each principal will be awarded $500 to put towards their schools and students in the way they choose. The money can be used to benefit a specific classroom or the entire school.

Councilor Bo Johnson announced that the next free movie night in the park will be held on July 14 at sundown or around 8 p.m., and will be showing Finding Dory. Popcorn and drinks will be provided.

Additionally, City Hall and the Senior Center will be closed Monday and Tuesday in honor of Independence Day. The next city council meeting will be held Tuesday, July 11.