Grandmother and child in serious condition after crossfire in Birmingham neighborhood

BIRMINGHAM – A woman and a child are in serious condition after a dispute resulted in a shootout in the Kingston neighborhood of Birmingham, according to ABC 33/40. The woman is at UAB Hospital and the child is at Children’s Hospital. Police are still looking for the suspects. 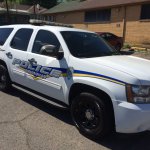 The incident started with a man went with his four-year-old son to another man’s location and began arguing over what is so far an unknown issue. The men then began exchanging gunfire and the four-year-old was struck in the head.

The investigation is ongoing. Police are questioning witnesses.