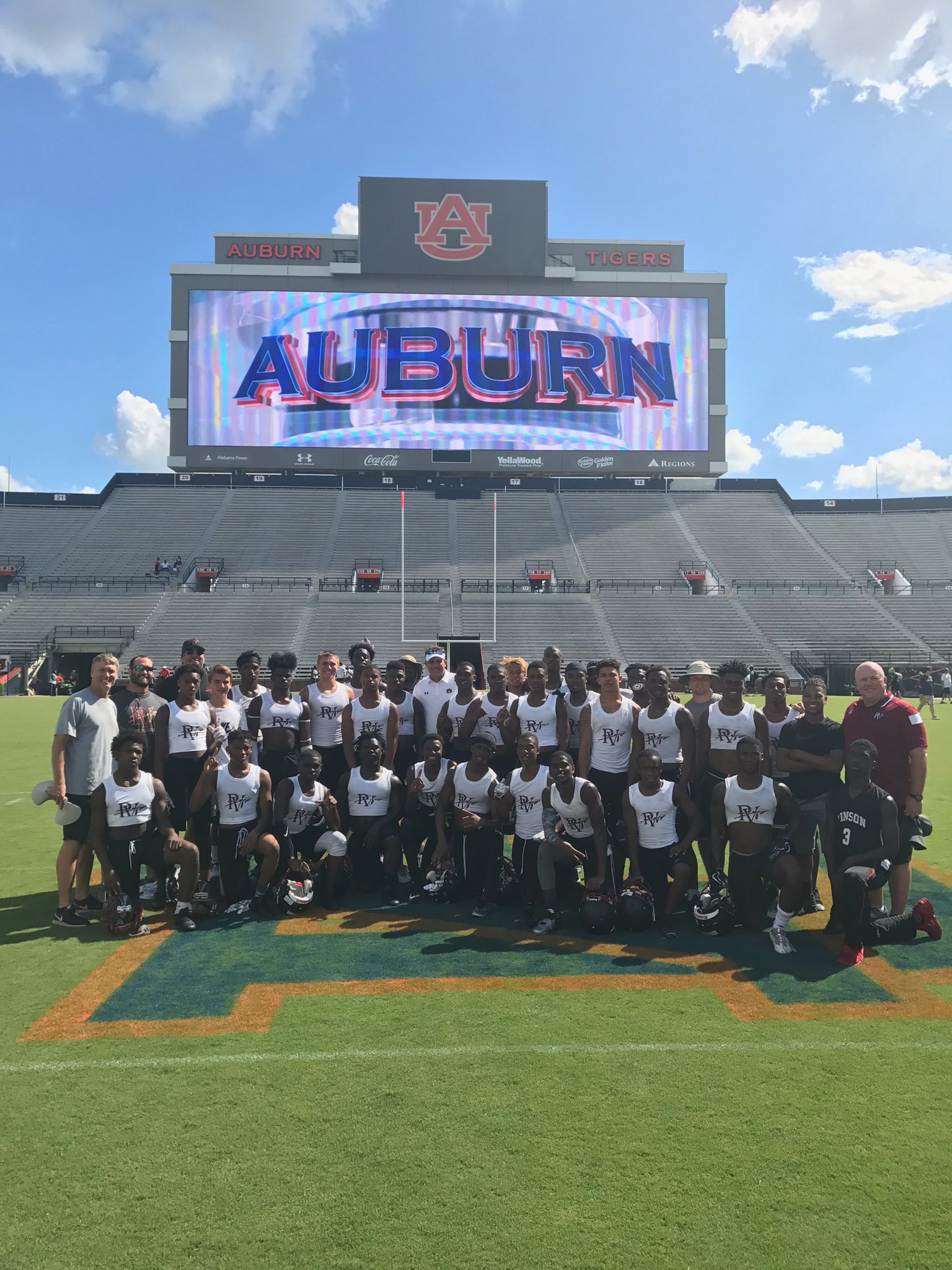 The Pinson Valley Indians pose for a photo recently on the field at Jordan-Hare Stadium in Auburn.

Former Auburn quarterback Patrick Nix took his Pinson Valley Indians back to Auburn and came away with a win the Auburn Invitational 7on7 tournament. 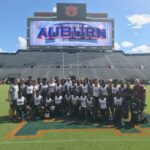 The Pinson Valley Indians pose for a photo recently on the field at Jordan-Hare Stadium in Auburn.

The Indians, led by Bo Nix, the coach’s son, defeated Troup County (Ga.) 27-19 for the championship at Jordan-Hare Stadium.
The younger Nix, a rising junior, is a four-star recruit at quarterback and a target, naturally, of the Auburn Tigers. He holds 17 offers in all, including ones from Florida State and Alabama.
“It was pretty special,” he told Inside the Auburn Tigers. “It was the first 7on7 championship I have ever won. It being here was pretty neat, in the stadium. We were clicking on all cylinders today, including on defense.”