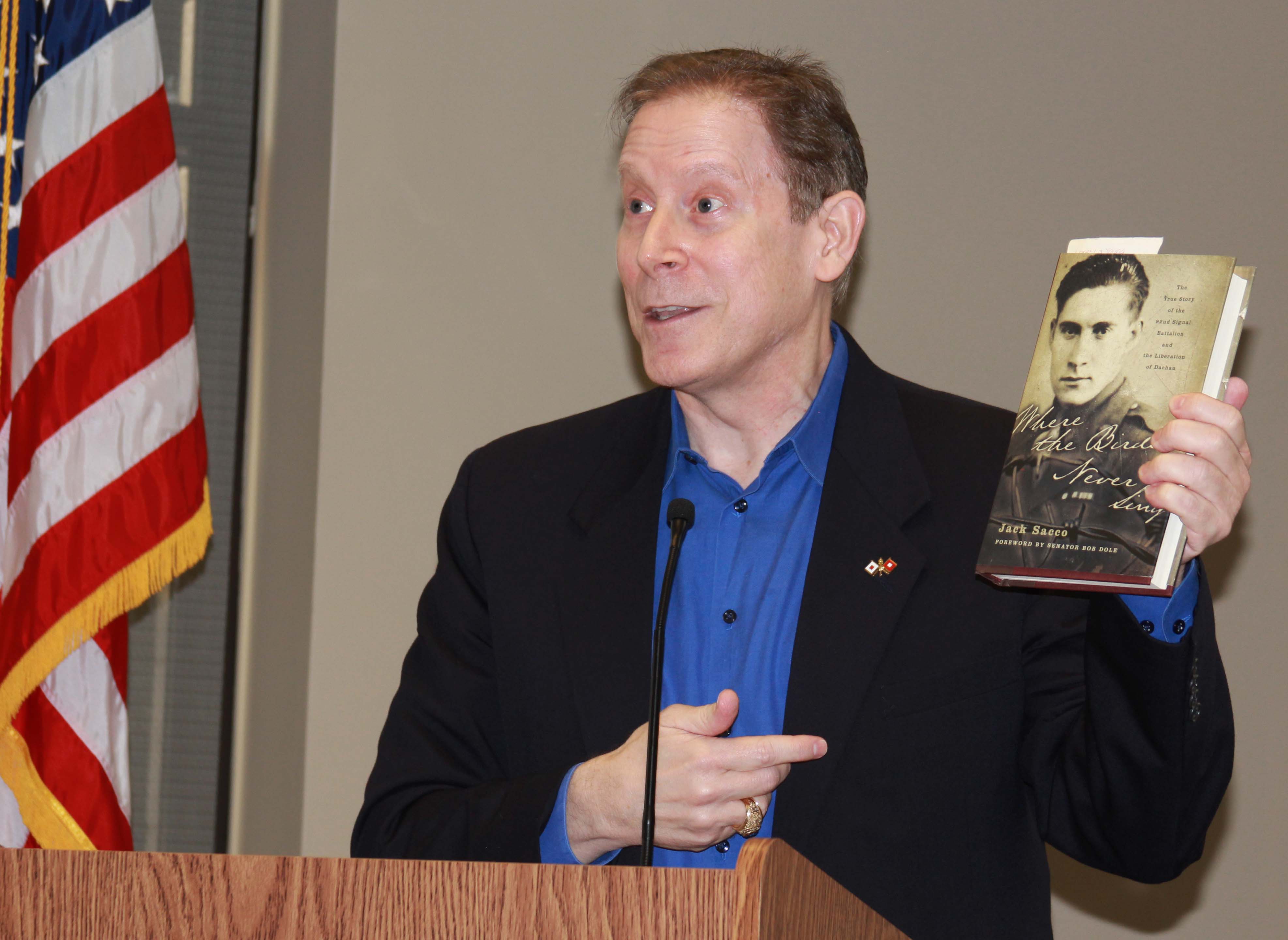 Jack Sacco, author of "Where The Birds Never Sing," speaks Thursday at the Trussville Area Chamber of Commerce luncheon.

Author entertains Chamber of Commerce with tales of his father’s war, the writer’s friendship with O.J. Simpson

As O.J. Simpson sought to be paroled from prison Thursday, an award-winning author was sharing stories of his former friendship with The Juice during a Trussville Area Chamber of Commerce luncheon. 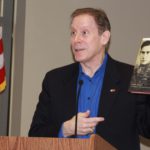 Jack Sacco, author of “Where The Birds Never Sing,” speaks Thursday at the Trussville Area Chamber of Commerce luncheon.

Jack Sacco, author of Where The Birds Never Sing, said one of the items found in Simpson’s possession when he surrendered to Los Angeles police following the infamous 1994 chase of his Ford Bronco was an item Sacco gave to the Heisman Trophy winner as a gift.

“They said during the Bronco chase, O.J. had a gun, $50,000, a fake beard and all this stuff. And the police said he also had a rosary. I gave him the rosary,” the University of Notre Dame graduate with Birmingham roots said.

Sacco, the guest speaker at the annual luncheon, said he became friends with Simpson while living in Los Angeles, about the same time that he began working on his first book, an account of his father’s experiences during World War II.

Sacco’s mention of Simpson was timely given that a new chapter in Simpson’s saga would soon begin with his pardon from prison Thursday afternoon. However, the times Sacco primarily concentrated on during his talk were firmly rooted in the past — his, and those of his father, Joe Sacco.

Joe Sacco was one of only a few hundred World War II soldiers who liberated Germany’s infamous Dachau concentration camp where more than 32,000 inmates died during the war.

Jack said during his youth, his father liked to show to him relics from his time at war. One day, the late veteran revealed to his son artifacts that taught him a dark truth about history: Photos taken at the concentration camp where Joe Sacco played a vital role in ending The Holocaust.

“I was shocked. I had never seen anything like this,” Jack said. “He said ‘People will tell you in your life that this didn’t happen, but it happened. I was there. I saw it.'”

Jack added his father was not just a witness to history.

“The Holocaust stopped the minute they got there,” he told those at Thursday’s luncheon. “My father was not only one of the witnesses, but the reasons (The Holocast) stopped.”

Jack recalled how different life was for him at age 18 than it was for his father at the same age. While earning his bachelor’s degree in  aerospace and mechanical engineering, he recalled how the dorm where he resided had maids. In contrast, he said when his father was at war at the same age, he was fighting  for his life and battling for the freedom of the victims of The Third Reich.

“The first time he was on a beach was when he landed on Omaha Beach,” Jack said about the historic 1944 allied invasion of German-occupied France during the Normandy landings in which his father took part.

In addition to sharing lessons learned from his father, Jack shared with those who attended Thursday’s event what he gleaned from agent after agent who told him a book set during the 2nd World War would not succeed.

“Most wouldn’t even talk to me,” he said about the agents he contacted. “”Never ask for permission to succeed. Never. Never.”

Where The Birds Never Sing won for Jack Sacco The Alabama Library Association’s 2005 Author Award. It also nominated for the 2004 Pulitzer Prize. Jack Sacco is also the author of Above the Treetops and The Resurrection Sequence.

The title, Jack said, came from a legend that the birds do not chirp melodically at Dachau.

When asked about this by his son, Joe Sacco said, “After what I witnessed there, I don’t blame them,” according to his son.

Jack, a John Carroll High School alumni, said his first book is currently being adapted into a major motion picture.

He said his father was once asked at age 80 who should portray him on the Silver Screen.

“He pointed at the book and said ‘I don’t know, but whoever he is, he better be good looking.'”