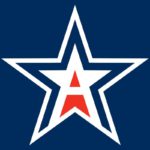 The game closed out the 2017 All-Star Sports Week competition with the North sweeping baseball,  boys’ and girls’ soccer, boys’ and girls’ cross country, boys’ and girls’ basketball and volleyball while splitting a doubleheader in softball to go 11-1 in contests for the week.
The victory was the third in a row for the North and closed the South’s edge in the series to 30-26-2. The South’s last win came in 2014 in a 20-12 win. The North won the first game played in 1948 at Tuscaloosa, 33-0.
The North struck first Thursday night when Connor Landers scooped up a South fumble and rambled 46 yards into the end zone for a touchdown at 7:57 in the first quarter. The fumble was caused by North linebacker Will Evans of Haleyville, a University of North Alabama signee, when he jarred the ball loose from South receiver Maurice Young of Wetumpka.  Evans finished with 11 tackles and was named the North MVP.
The South responded quickly, marching 67 yards on seven plays and scored when Jeff Davis receiver Tyler Wesley hauled in a 32-yard touchdown pass from quarterback Chase Warren of Leroy and tied the game at 7-7 on C.J. Roberts’ extra point kick with 5:08 left in the quarter.
Evans blocked a South punt early in the second period and recovered at the South 2 to set up the North’s final TD. After a loss back to the 11, Trevor Oakes of Hartselle connected with Florence receiver Jakobi Byrd two plays later for a 6-yard TD pass. Cullman place-kicker Tristian Skinner booted the all-important extra point to give the North a 14-7 lead with 7:35 left in the half.
The South defense, which also played well all night, provided the big play late in the third quarter when Clifton Robbins of Dothan sacked North quarterback Koy Chapman of Gordo for a six-yard loss at the South 41 and caused a fumble that was recovered by South teammate Taryon Edwards of Lee-Montgomery.
It took just five plays for the South to reach the end zone – the TD coming on a 31-yard pass from Warren to Wesley with 8:12 left in the fourth period. South head coach Scott Horne of G.W. Long, who had both his team’s place-kickers unavailable due to injuries, elected to go for two but the play failed and the South trailed 14-13.
The North drove to the South 3 later in the period but turned the ball over on a fumble forced by Enterprise linebacker Keonte White’s tackle of Scottsboro running back Dekarlos Billingsley near the goal line.
The South couldn’t mount another threat, however.
The North, coached by Parker’s Andre Robinson, finished with only seven first downs, 69 yards rushing and 41 passing for 110 yards. The South had 16 first downs, 68 yards rushing and 175 passing for 243 yards.
Billingsley led all rushers with 64 yards on 14 carries for the North. Charles Blackmon of Linden had 35 yards on eight carries and Roberts of Carroll-Ozark had 29 on six carries for the South. Warren was 10-of-14 passing for 124 yards and two TDs for the South and Wesley, the South MVP, had four catches for 66 yards and two scores. T.R. Miller quarterback Caleb Winton was 5-of-13 passing for 51 yards. Oakes and Chapman combined to complete six passes for 41 yards.
Josh Hatcher of Handley had 13 tackles for the North and Evans had 11. White had seven to lead the South.
Share on Facebook Share
Tags: AHSAAhigh school football
Share 0
Tweet
Share
Share