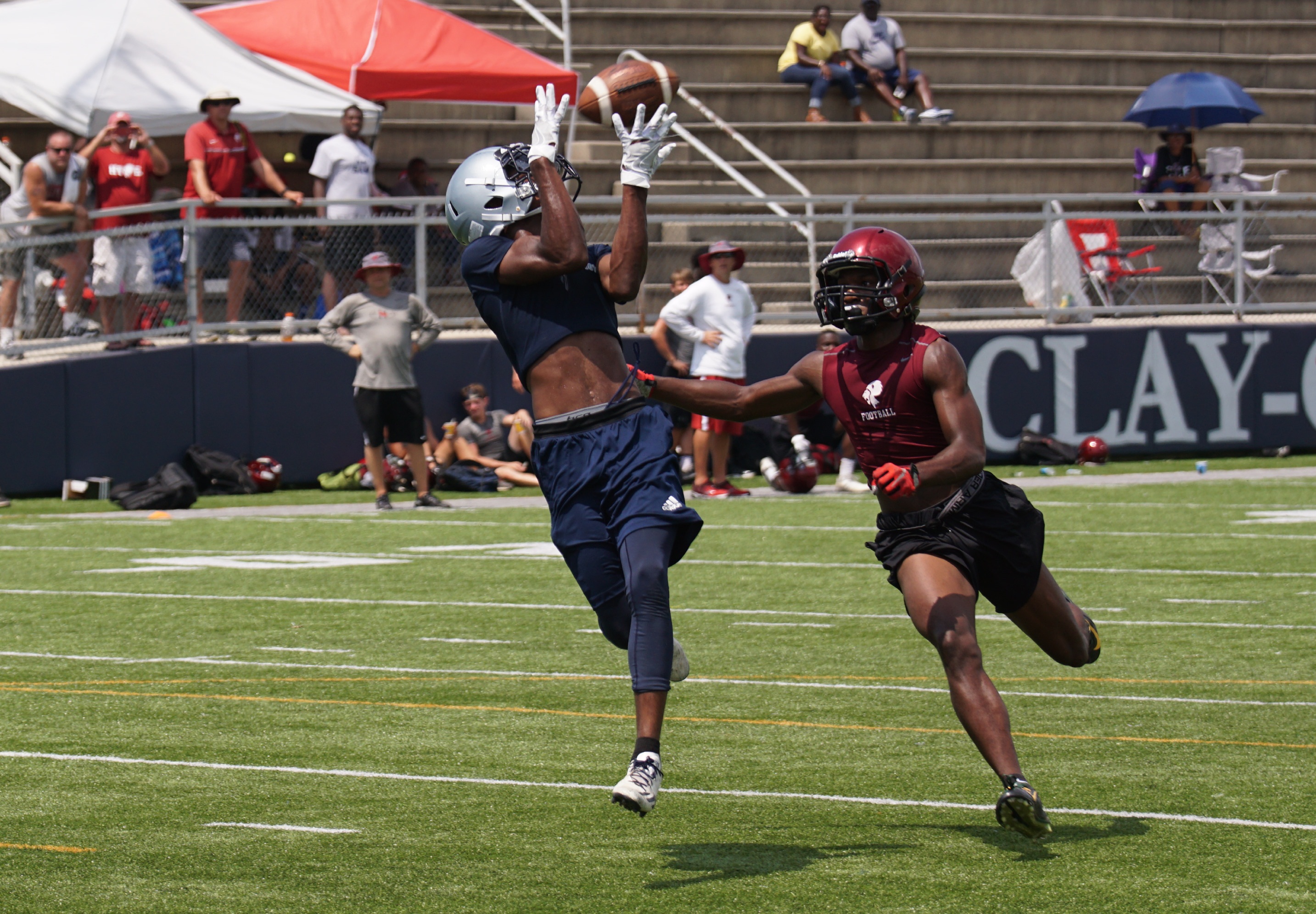 Clay-Chalkville's Roderick McCloud had a big day in the Deerfoot Invitational. Photo courtesy of Danny Joiner.

By Kyle Parmley
For The Tribune

CLAY – If Tuesday was any indication, the Clay-Chalkville High School football team is ready to get back to its winning ways.

The fact that a sentence like that can be uttered after one 6-5 season that still included a trip to the playoffs speaks to how dominant the Cougars have been over the last several seasons, including a state title in 2014 and an appearance in the final in 2015.
But the same young players who were thrown into the fire in 2016 are a year better, and the Cougars steamrolled the competition in dominant fashion on Tuesday, winning the 7-on-7 Deerfoot Invitational. 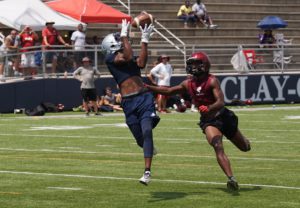 Clay-Chalkville’s Roderick McCloud had a big day in the Deerfoot Invitational. Photo courtesy of Danny Joiner.

“We just wanted to get a little bit better, and I thought our players did that,” said head coach Drew Gilmer. “They responded and did the things we asked them to do to get better. That’s really all we look for. This is not real football. It’s great and wonderful to win, but we’re ready to put pads on.”

At least four times on Tuesday, quarterback Willie Miller connected with Roderick McCloud on a long touchdown pass on the first play of the game. Terrill Cole, Anthony Lougheed, Courtney Braxton, Logan Pruett and others provided Miller with more than enough playmakers in space.

The defense was stout, especially in bracket play, where over three games, the Cougar defense allowed just three touchdowns total in the quarterfinal and semifinal games.

All in all, it was a big day for the Cougars. If nothing else, they put the rest of Region 6 on notice, even if Gilmer says he takes no stock in the results of the tournament.

“Absolutely nothing,” he said. “It’s fun. The great thing about this thing is we have a lot of local teams that come around, a lot of good friends, and it’s a way for the boys to get out there and compete a little bit and break up the summer. That’s really about it.”

After breezing through pool play with a 4-0 mark, Clay-Chalkville defeated Prattville 36-16 in the quarterfinals.

That was one of the games Miller and McCloud connected on the first play, and McCloud caught the point-after attempt as well to give the Cougars a 7-0 lead. By the time McCloud and Pruett caught touchdowns on consecutive series to make it 36-10, the game had been decided. 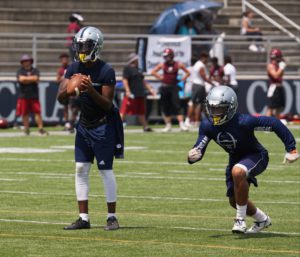 The Cougars had no mercy on Region 6 foe Gardendale, jumping out to a 27-point edge and winning 30-10. Braxton caught a touchdown pass to make it 15-0 and McCloud’s grab extended the lead to 24-0.

In the final, McCloud and Miller connected once more on the first play for a long touchdown, and the Cougars hung on to beat defending state champion Ramsay, 41-27.

McCloud caught Clay’s first two touchdowns of the game, and Cole caught the following two, both impressive grabs over his defender.

Lougheed scored on a quick pass and long run in the waning seconds, and an interception at the horn gave Clay the decisive victory.