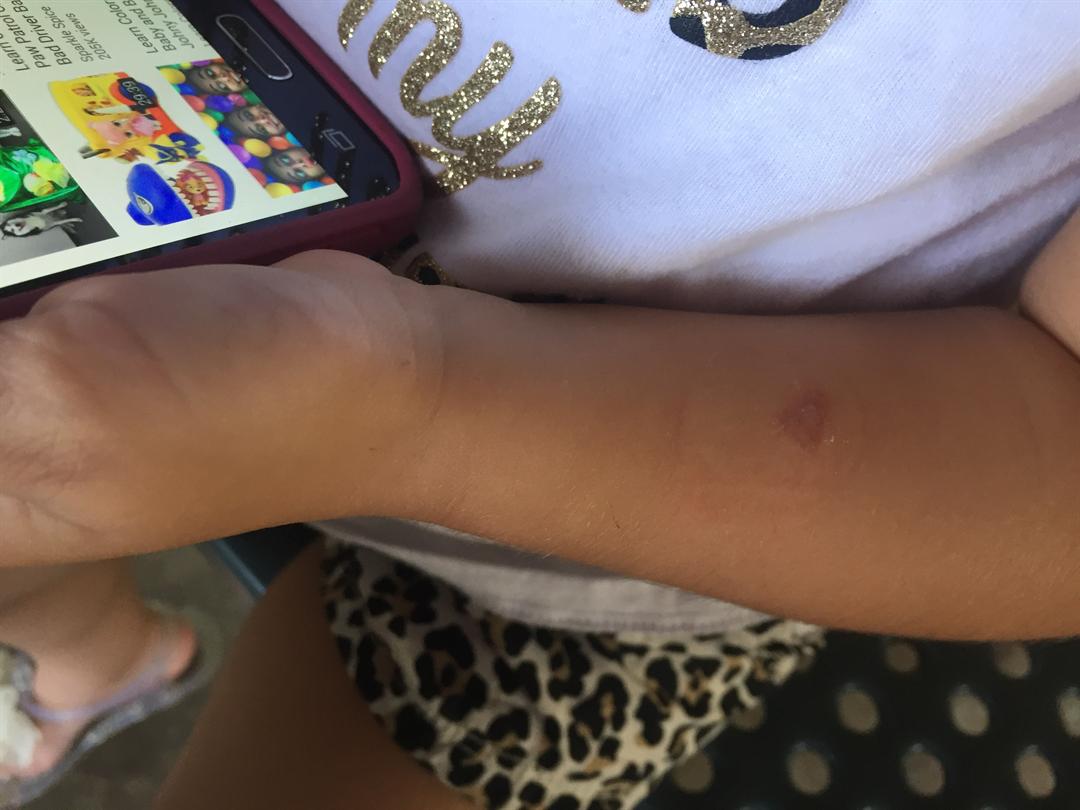 Three-year-old Aubrey with the burn. Photo from WAFF.

MUSCLE SHOALS – Racheal Brown, a mother in Muscle Shoals discovered that her three-year-old daughter was burned with what she said was a cigarette after a friend picked her up from a day care, according to a report from WBRC. 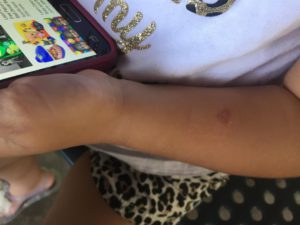 Three-year-old Aubrey with the burn. Photo from WAFF.

A complaint was filed with Muscle Shoals Police saying that the girl, Aubrey, was burned accidently by a day care worker who was smoking outside of the building, called New Destiny Day Care. It was the girl’s first day there.

According to the report, Linda Law – who is the head of the day care – has fired the worker and that she conducts background checks on all people she hires to the staff. New Destiny is a faith based organization and a non-smoking facility, she said.

Brown is currently seeking security footage that may have recorded the incident.