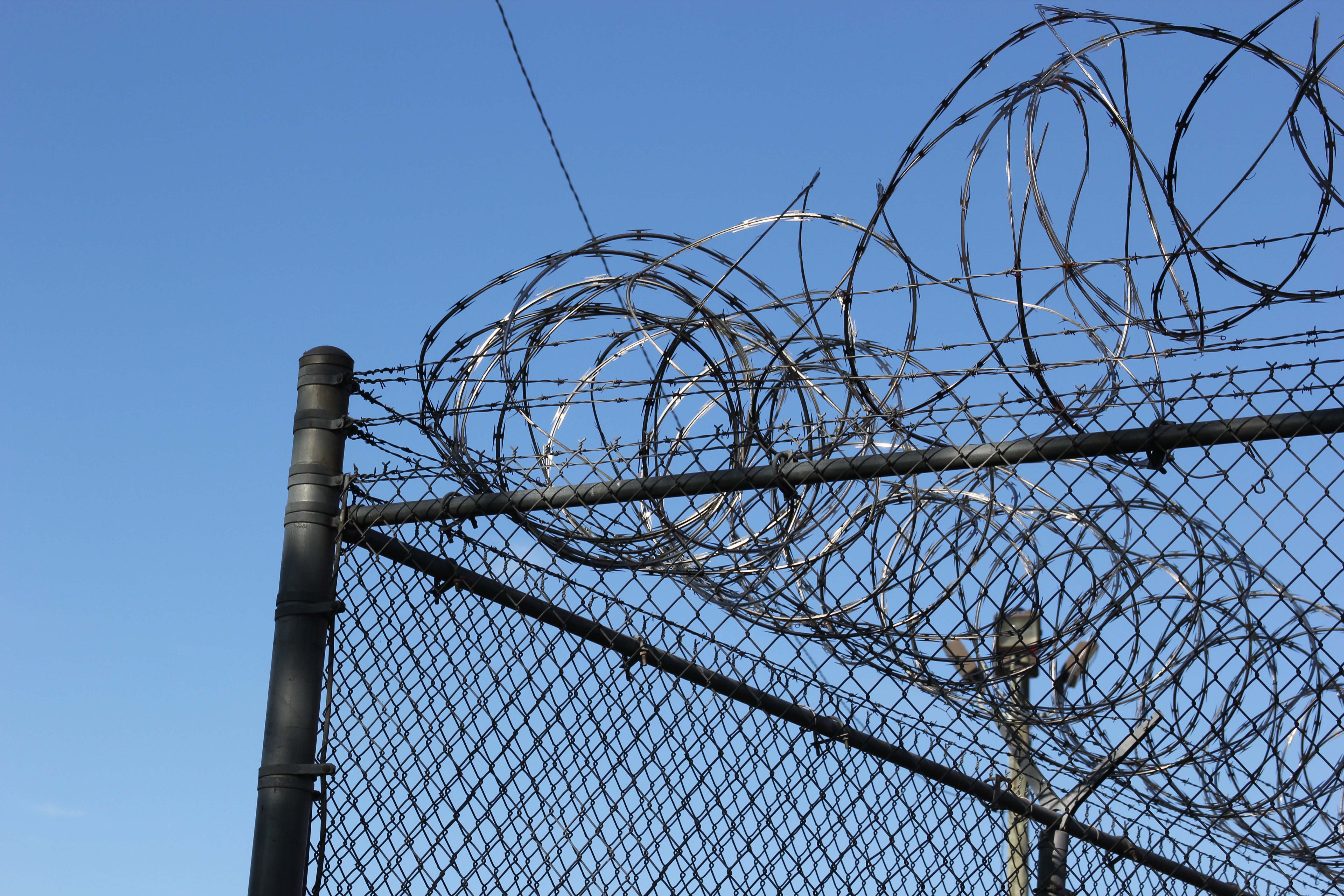 JASPER — In what may be the biggest jailbreak in Walker County history, a dozen inmates scaled a two-story fence topped with razor-wire on the backside of the Walker County Jail in downtown Jasper Sunday evening. 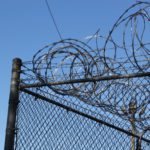 Compressed razor wire serves as evidence of where 12 Walker County inmates climbed over a fence to escape from the Jasper jail Sunday evening. (Photo by David Lazenby)

All but one of the escapees who fled the facility around 6:30 p.m. Sunday have been captured. Most never got out of Jasper. However, two escapees were arrested at a Flying J truck stop on Daniel Payne Road in Birmingham around 2 a.m. today.

Larry Inman Jr, age 29 of Parrish was caught at the travel center off of Interstate 65 at 1:56 a.m. Ethan Howard Pearl, age 24 of Jasper was arrested near the Birmingham business at 2:06 a.m.

“A lot of them were caught here in the city,” Walker County Sheriff’s Chief Deputy Dayron Bridges said. “We caught one walking toward Townley.”

Christopher Micheal Smith was caught near Townley at 4:21 a.m. according to the Sheriff’s Facebook page.

Brady Kilpatrick of Cordova is the only inmate who has not yet been captured.  Kilpatrick was in jail for possession of a controlled substance, possession of drug paraphernalia and possession of marijuana. A 0 reward is being offered for information that leads to Kilpatrick’s arrest. Anyone with information is asked to contact the Walker County Sheriff’s Office at (205) 302-6464.

Bridges said surrounding police agencies were “a great help” in apprehending the eleven inmates who were arrested without incident other than some foot chases.

Some of the escapees had minor injuries, most from the the razor wire fence they scrambled over.  Bridges said the inmates used an extra jail uniform to cushion their crawl over the sharp razor fencing that surrounds the outdoors area of the jail located at 2001 2nd Ave. in downtown Jasper.

“They got cut up; a couple of them did,” Bridges said.

Bridges said all of the inmates were still wearing prison-issued uniforms when they were caught.

During Bridges’ 24-year career with the Walker County Sheriff’s Department, Sunday’s incident was the first time more than one inmate escaped at the same time.

“Those were like trustees that walked off,” he said about previous escapes. “This is the first time in my career that anyone has escaped from inside the jail.”

Walker County Sheriff James E. Underwood is expected to give a press conference regarding the escape today at 2:30 p.m.

The inmates who escaped Sunday night are:

— Steven Sanford Hartley, age 27 of Hoover (in jail for Theft of Property 1st ); and

The eleventh escapee captured, Christopher Micheal Smith, was arrested this morning around 4:21 a.m. The first inmate captured was McGuff at 10:30 p.m. on Sunday, according to the Sheriff’s Facebook page.