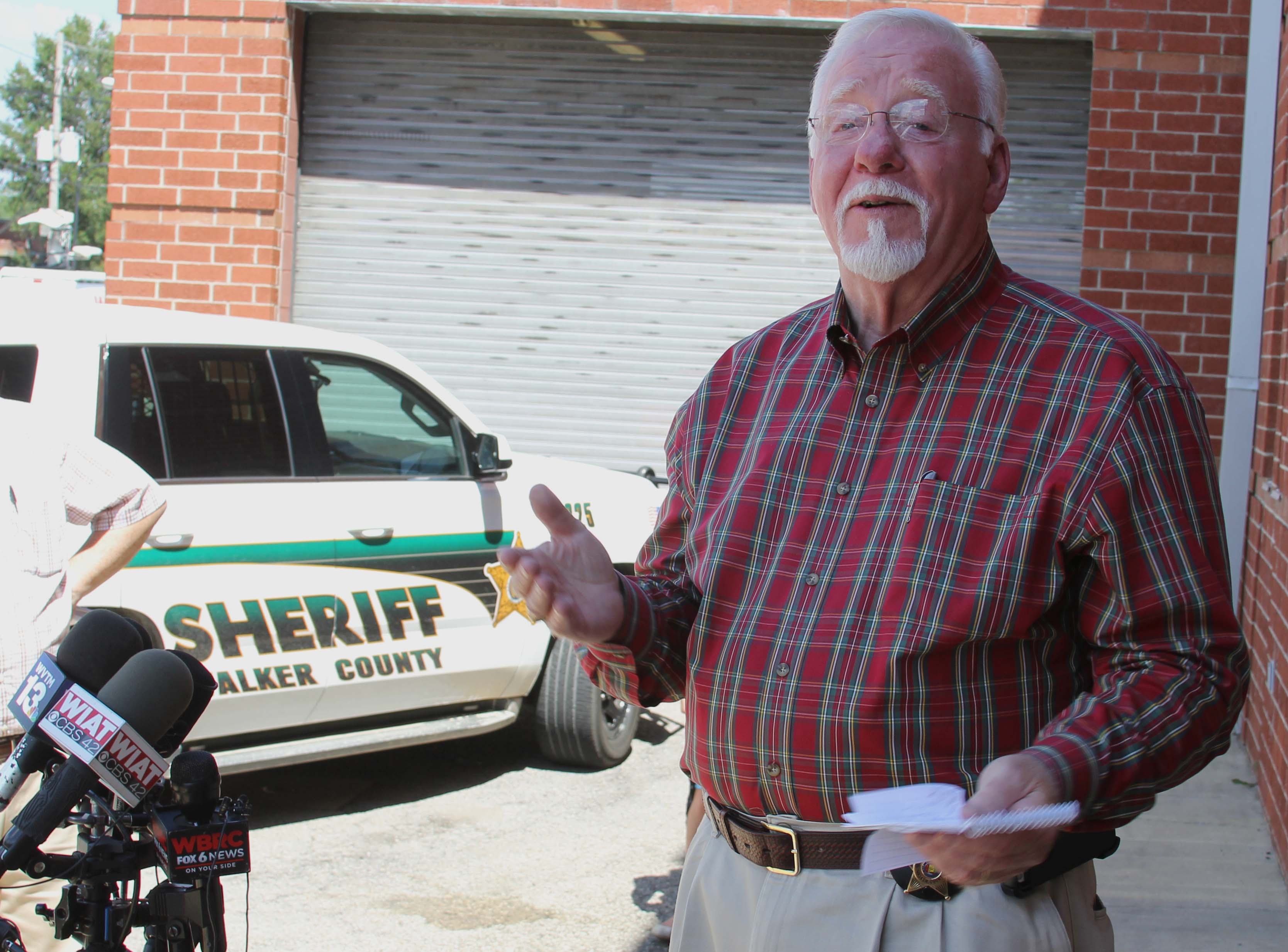 JASPER —  Walker County Sheriff James E. Underwood explained today how peanut butter served at mealtime to inmates at his jail was used as part of an escape plan that allowed 12 inmates to get loose Sunday evening. 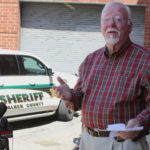 Underwood explained how the food stuff was utilized to change the appearance of numbers on the doors before an inmate duped a rookie jail employee into opening the wrong door.

“They hollered ‘hey, open door so-and-so’ and the actual door number was the outside (door),” Underwood explained during an afternoon press conference. “Unbeknown to him (the employee), he hit that lock and out the door they went.”

He added, “They took advantage of a young fellow that hasn’t been here very long.”

Underwood declined to comment on possible repercussion for the jailer who made the error that allowed the prisoners to break out of the jail.

Underwood said the inmate who requested the door to be opened was not among the dozen who escaped, 11 of whom were recaptured within eight hours.

“We do expect that we will charge other people with this crime. They did have some assistance,” Underwood said.

The sheriff said the inmates who broke out of the area of the jail referred to as “D Dorm” were gone for about an hour before authorities realized they were missing. At that point the jail was locked down and officials did a head count so they would know who was missing.

“Once we did that we started looking for these people and put it on our Facebook,” he said. “It didn’t take long for the news to spread.”

Once outside, the escapees scrambled up the corner of a fence and used blankets in an attempt to avoid injury from the razor wire at the top.

Some of the inmates were injured as a result of their escape attempt.

While most of the inmates were captured in Jasper, some made it to Townley where they apparently stole a truck.

Underwood said seven people were working in the jail Sunday when the escape occurred. Underwood, who was then at a sheriff’s conference in Gulf Shores Sunday night, said this number of workers on duty was normal.

The sheriff also said he expects authorities will capture the final escapee by the end of the day.

Brady Kilpatrick of Cordova, who was in jail for possession of a controlled substance, possession of drug paraphernalia and possession of marijuana, is believed to be in another county, but not out of the state, according to authorities.

A 0 reward is being offered for information that leads to Kilpatrick’s arrest. Anyone with information is asked to contact the Walker County Sheriff’s Office at (205) 302-6464.