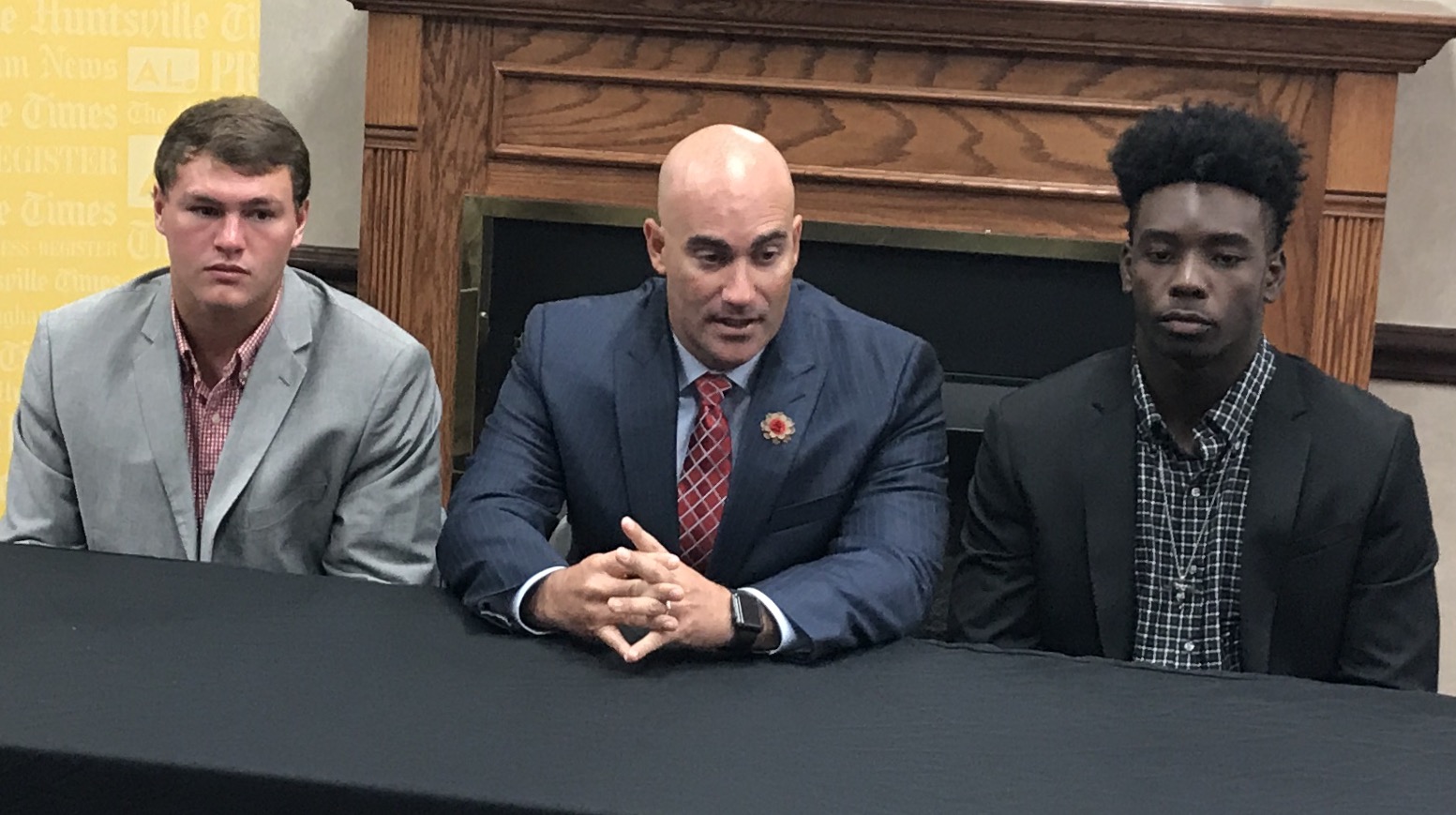 GARDENDALE – Area high school football coaches met with members of the media Monday and Tuesday at Gardendale Civic Center, an annual rite of summer that means practice can’t be far away. 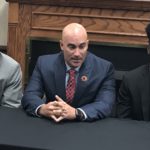 Some 40 coaches from across the metro area appeared with players, helmets and, in the case of Woodlawn’s George Bates, a prop. Bates, who recently moved from Minor to the venerable Birmingham school, brought a faux brick with the year’s motto, Rebuilding the Castle, a reference to the Gothic building with spires that are iconic in East Birmingham.
Clay-Chalkville’s Drew Gilmer, making his first media day as a head coach, Hewitt-Trussville’s Josh Floyd and Center Point’s Shawn Gregory made appearances and fielded questions. Pinson Valley’s Patrick Nix did not attend due to a scheduling problem.