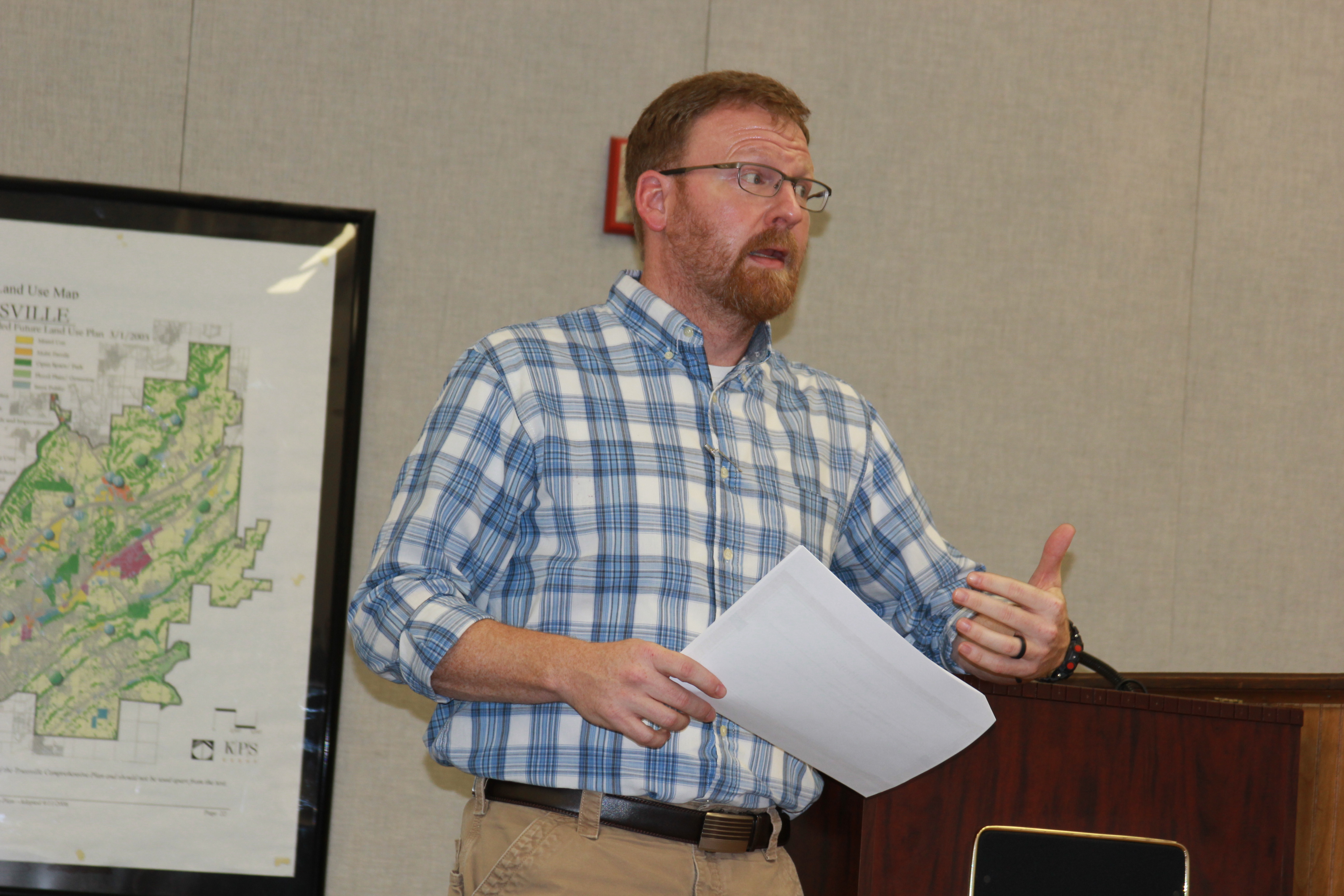 David Arnett, superintendent of Engineering Inspections for the City of Trussville, speaks to city councilors.

TRUSSVILLE — City officials on Thursday initiated a discussion regarding a proposed update to Trussville’s property ordinances. 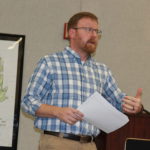 David Arnett, superintendent of Engineering Inspections for the City of Trussville, speaks to city councilors.

During a city council workshop session, David Arnett, the city’s superintendent of engineering inspections, gave a presentation on proposals to protect city standards that was peppered by comments from city attorney Shay Reynolds.

Reynolds and Arnett worked together to produce the  property code proposals councilors are now examining.

“When we initially started looking at this and looking at the current ordinances, some of them dated back to … ordinance 49,” Reynolds said. City clerk Lynn Porter said this city ordinance was adopted in the late 1940s or early 1950s.

“I look at it with eyes toward the notice and the process so we can make sure we are not running afoul of any due process concerns,” Reynolds said. “When you’re talking about condemning homes and demolition … it can open the city to a lot of liability.”

Printed material passed out to councilors by Arnett stated there are currently only two city ordinances concerning property; one for weeds and one for nuisances.

“Both are vague, general and do not assist our growing city and protect the standard of living our citizens have come to enjoy,” the printed presentation stated.

The changes being looked at apply to grass height, vehicles and the exterior and interior of private and commercial property.

Reyolds said she and Arnett examined the codes of several other local municipalities for guidance when formulating the new property proposals being considered for Trussville.

Mayor Buddy Choat said Thursday’s conversation was just a starting point for deciding what new laws the city may approve. Therefore, he said it would not be on the agenda for Tuesday’s city council meeting since Trussville’s elected leaders will need more time to consider the proposals.

Choat added that the alterations being considered were not generated without forethought.

“This has been in the works for months,” the mayor said.

Councilor Alan Taylor expressed some concerns about thecouncil overstepping its boundaries if it adopts the changes discussed during the workshop.

“I just think we’ve got to be careful,” he said.

Council President Brian Plant said he too has concerns regarding fair treatment of citizen’s rights when enacting new laws regarding private proeprty.

“Let’s be cognizant that we are tampering with people’s property rights, and we want to be respectful of that,” Plant said.