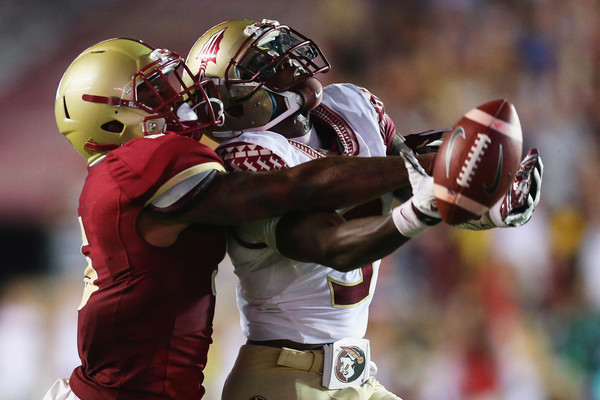 Alabama’s first opponent of the year hit a snag this week when one of its receivers was indefinitely suspended.

Florida State receiver Da’Vante Phillips is on the outs with the Seminoles because the junior faces five felony charges, including  accusations of grand theft. 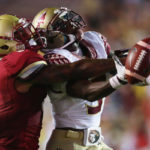 Phillips is scheduled to appear in court today.

According to reports, Phillips was charged with one count of grand theft  and four counts of fraudulently making bank deposits with intent to defraud. A bond was set ,000 per charge.

Phillips allegedly bought four money orders for 5.89 at the Publix on Ocala Road last January, then altered each to the amount of 0 before depositing them into his bank account.

The fraudulent activity of which Phillips is accused was done from Jan. 13-19 according to The Tallahassee Democrat. Phillips told police in February his wallet had been stolen and transactions to his account had been made, according to the Florida newspaper.

Alabama is scheduled to play Florida State at 7 p.m. on Sept. 2 at Mercedes-Benz Stadium in Atlanta.