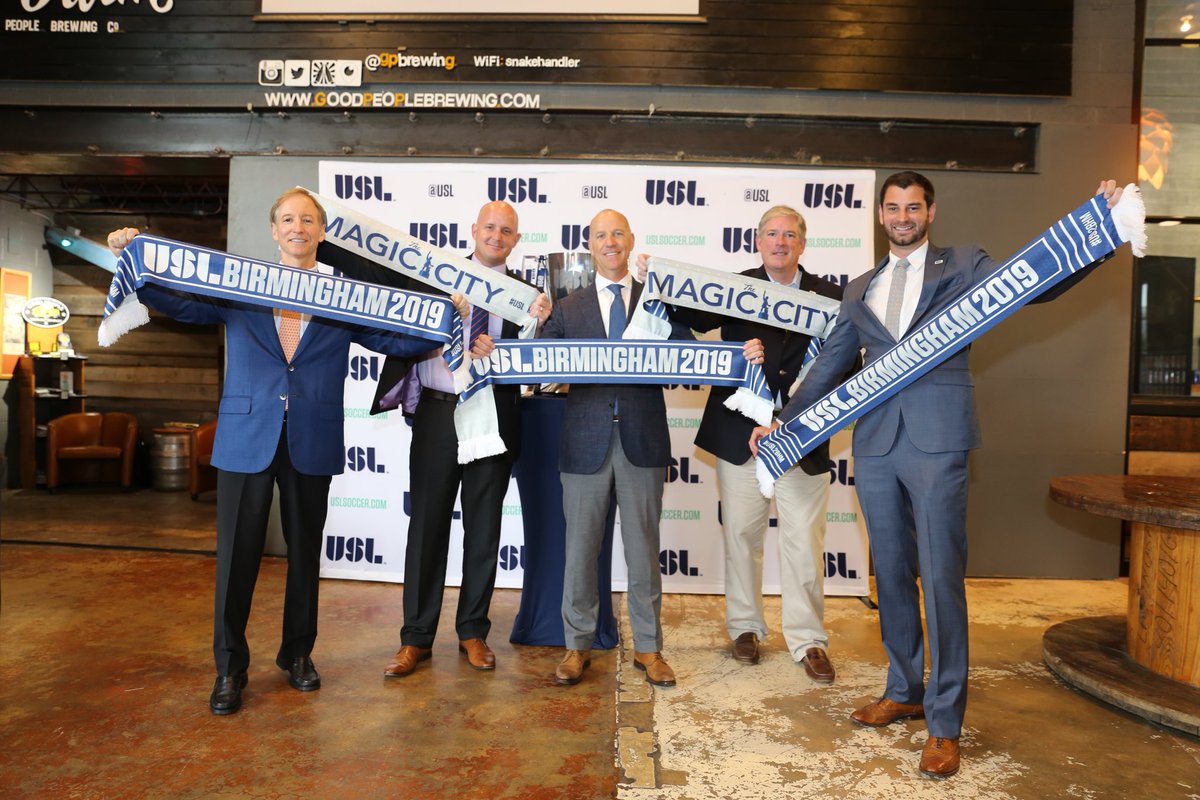 Stakeholders celebrate the recent announcement that Birmingham will have a USL soccer team that will begin playing in the 2019 season. 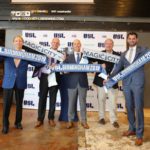 Stakeholders celebrate the recent announcement that Birmingham will have a USL soccer team that will begin playing in the 2019 season.

The USL is a professional men’s league that began in 2011. USL is sanctioned as a Division II pre league by U.S. Soccer, placing it under Major League Soccer and equal to the North American Soccer League, which is also Division II.
Birmingham is the first USL expansion club to join the league for 2019, solidifying its already renowned reputation as one of the most prominent Division II professional soccer leagues in the world. Official USL play in Birmingham will begin in 2019, with a Premier Development League season preceding in 2018.
Nashville is scheduled to join the league in 2018. Other Southern cities with teams are Charlotte, Orlando, Tampa, Charleston, S.C., and Richmond.
“The USL continues to lead the growth of professional soccer across the country and we are thrilled to announce Birmingham as our newest market,” Papadakis said. “With the increasing popularity and demand for professional soccer across the country, more and more fans recognize the high level of competition and excitement of the USL. We continue toward our goal of becoming one of the top Division II leagues in the world, on par with the English Championship, Liga
Adelante and 2. Bundesliga. We will achieve that goal by continuing to deliver a first-class soccer experience for fans, players and communities like Birmingham by providing unparalleled league support to all our clubs, and building one of the best ownership groups in professional soccer.”
“Birmingham is an ideal market for USL, clicking off all of the criteria we require in a new expansion market,” continued Papadakis. “We welcome the club’s owners to the USL family, and are excited for the plans they have in store for the Magic City. Soccer fans in Birmingham will experience all the excitement of a first-class professional club, with the full support of the USL league office. Congratulations to the entire team in Birmingham. We look forward to their USL debut in 2019.”
“The USL’s selection of Birmingham speaks directly to our recognition as a world-class sports city,” said Birmingham Mayor William Bell. “We are very appreciative of the investment by Mr. Logan, Mr. Outland and Mr. Styslinger in bringing professional soccer to the city, and we look forward to working with them and the USL leadership to ensure that we field a team that will bring us many championships.”
Morgan Copes, co-founder of the Birmingham Hammers, was recently nasmed vice president of USL Birmingham
Copes explained that when the Hammers were originally approached by the partners, they were unsure what to expect. They quickly realized they not only wanted to bring the highest level of soccer to Birmingham possible but also wanted the Hammers’ locally grown passion for the sport to be a pivotal driver.
“The momentum for a professional soccer team in Birmingham all started with a couple of good buddies and a few beers. To now have a USL team here is amazing — I still have to tell people to ‘pinch me’ because it doesn’t feel real,” said Copes. “In addition to the Hammers, Birmingham soccer fans’ enthusiastic support was just as, if not more, important, and they are now being rewarded for those efforts.”
Until the club’s official name, crest and other branding elements are developed, the Birmingham team will operate as “USL Birmingham.” According to Copes, USL Birmingham staffing is a key next step, with additions targeted for end of year or early 2018.Details on the team’s home venue will be made at a future date. Birmingham city planning leaders, alongside key USL and USL Birmingham representatives, are working together on the most effective field solution, with a downtown location for the stadium the pareferred option. Regions Field and UAB have been early possibilities.
“We want to be in or near the center of the city and have walkable amenities nearby. That is our goal, and we are working on it,” said Copes. “Having a first-rate match day experience for our supporters is a high priority for us.”
More information — including ticket sales — can be accessed online at USLBirmingham.com, and “USL2BHM” handles are currently available on Facebook, Instagram and Twitter