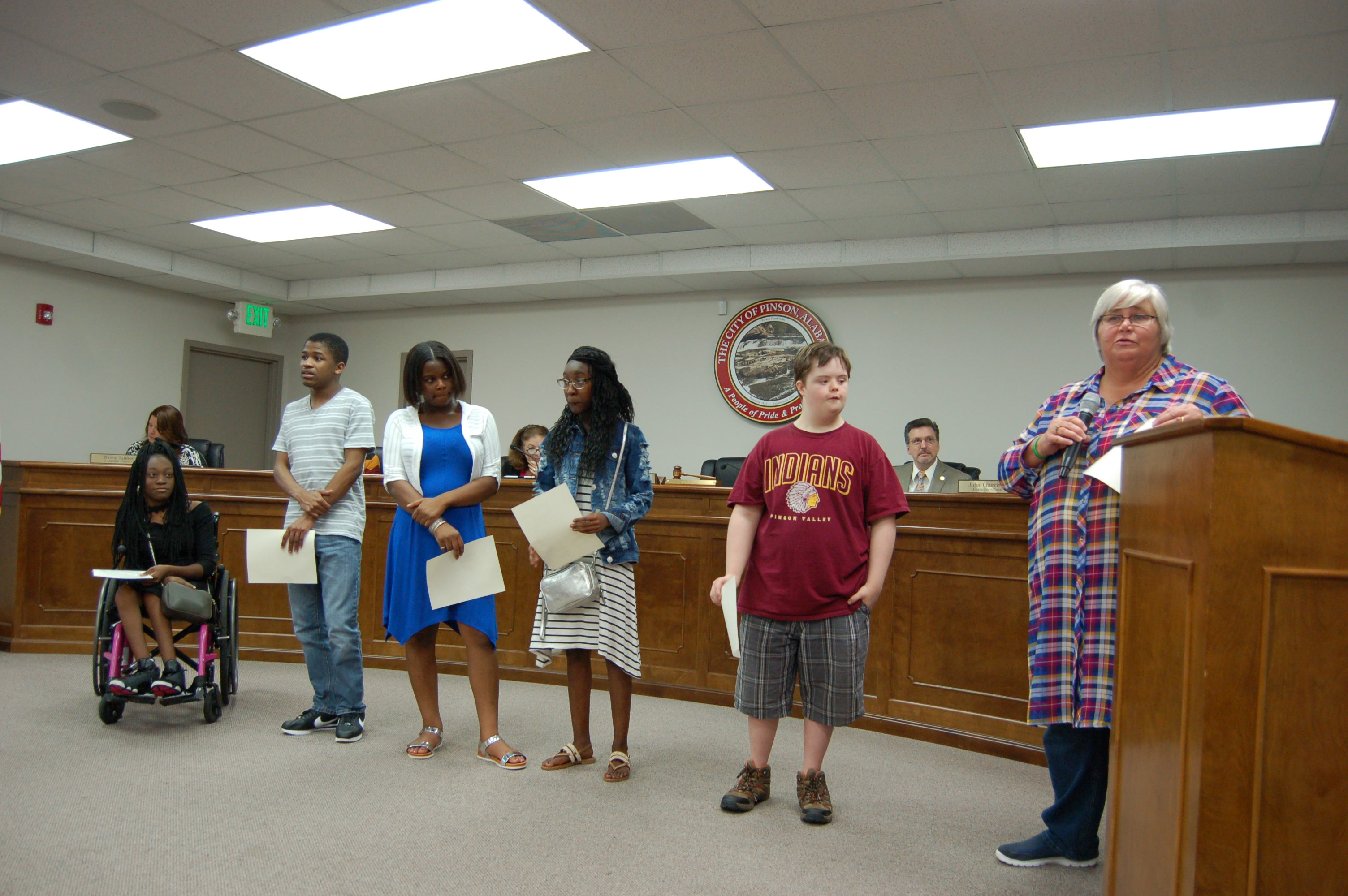 Students who won medals at the Special Olympics in Alabama stand next to their coach, Elizabeth Martin. Photo by Nathan Prewett.

PINSON – The Pinson City Council on Thursday recognized several special oympians from Pinson Valley High School. During the regular meeting that followed the ceremony, the council continued its discussion on field maintenance at the Pinson Youth Sports Complex. 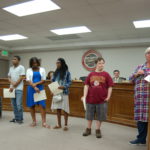 Students who won medals at the Special Olympics in Alabama stand next to their coach, Elizabeth Martin. Photo by Nathan Prewett.

Before the regular meeting began, Pinson Mayor Hoyt Sanders presented to those in attendance five special olympians from the high school who won medals at the 2017 Special Olympics in Alabama. Some of the Olympians who won medals could not attend the meeting.

The team is led by Coach Elizabeth Martin, who said she is “very proud of the kids.”

“They have worked hard,” she said. “This has opened up some opportunities. Our plan is that we’re going back.”

For the second consecutive council meeting, maintenance for PYSC was brought up. During the last meeting, Sanders said that Gameday, which normally carries out maintenance on the fields, will be working with the city on a month-to-month basis. The company’s contract with the city expired nearly a year ago.

A copy of quotes from Gameday were available where Public Works Director Eric Winfrey made a note that the cost for maintenance would be cut in half if performed “in house” or by the city. The cost from Gameday would be $46,500, while Winfrey’s proposal aims to cut it down to $23,250.

As it did in the last meeting, the council voted to table further discussion until the next meeting as more options are explored.

During his comments, Sanders said that progress is being made on the roof of the Rock School Center as it undergoes renovations.

In other business, the council voted to approve annexation of properties at Red Hollow Road and Elfreth Johnson Road. A Premier 60 Arrow Board for a city truck was approved for $1,999. This is a light bar that came at the recommendation of Sanders.

A public hearing on the abatement of a property of Powell Ave was offered. The property was declared a nuisance because of overgrown grass that has “gotten out of hand.” No one opposed and the council voted unanimously to have the grass there cut.

Councilor Joy McCain reminded the council about the upcoming Butter Bean Festival on Oct. 6 and 7 and Veterans Day Friday on Nov. 10.

The next Pinson City Council will be held on Sept. 3 with pre-council at 6:30 followed by regular meeting at 7 p.m.