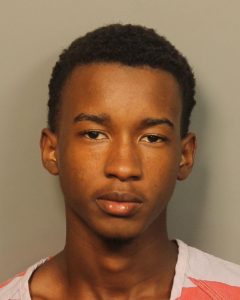 A 17-year-old teen has been charged with a robbery that occurred Friday afternoon in Birmingham. 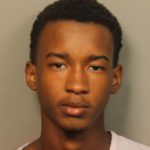 Quinderris Brown is being charged as an adult with robbery 1st degree. Detectives obtained a warrant formally charging Brown Sunday.

At about 4:30 pm on Friday, deputies were called to the 2300 block of 4th Street NW to investigate a report of a robbery.

The 23-year-old victim reported he had been doing door-to-door sales in the area of 7th Street NE before the robbery occurred. As he sat in his car to eat and complete paperwork, a suspect pointed a handgun at him through his car window.

The suspect demanded the man’s phone, tablet and car keys. The victim complied and the suspect attempted to drive away in the mans’ car.However, because the suspect was apparently unable to operate a car with a manual transmission, he fled on foot, leaving the tablet and keys in the car.The victim was able to track his mobile phone and provide to Jefferson County Sheriff’s deputies its location.Deputies  later located the suspect at an apartment on Tamera Trail and took him into custody. While being questioned by detectives, Brown reportedly admitted his role in the robbery.