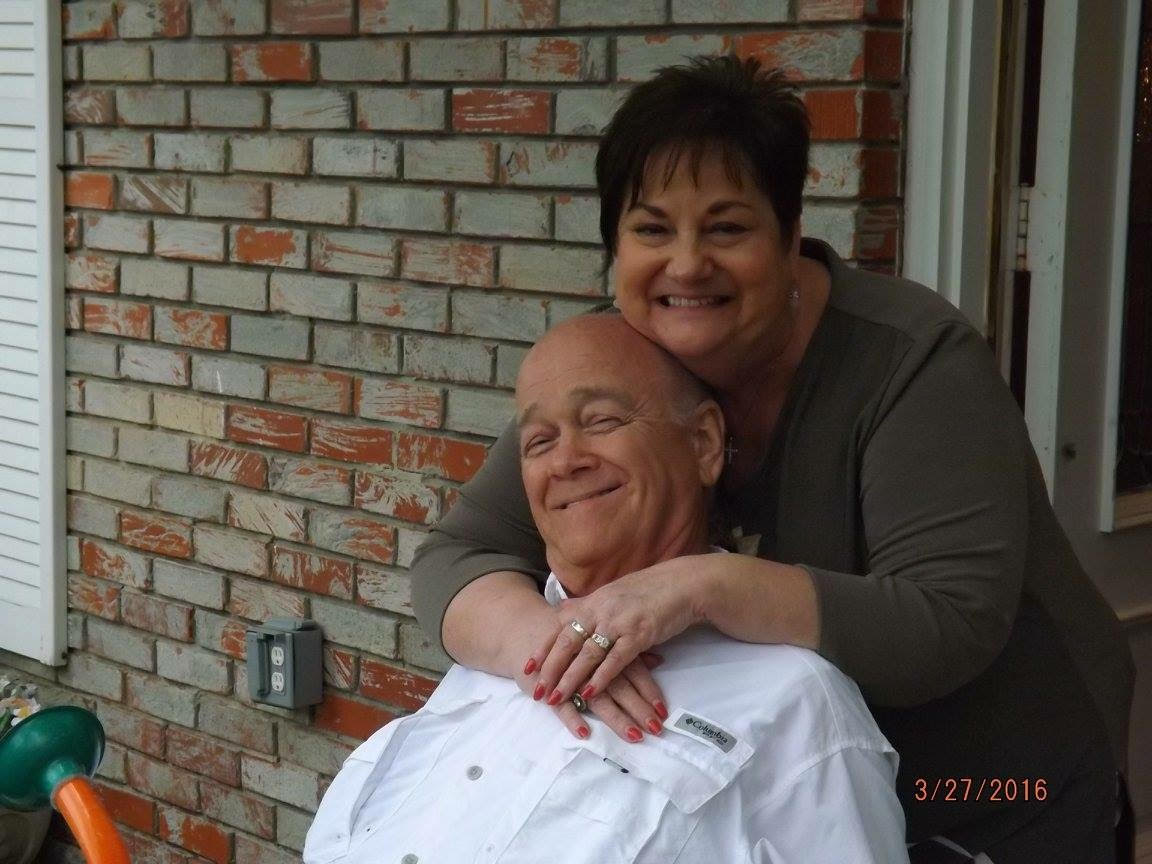 William “Bill” Godwin poses for a photo with his wife,, June Ellen.

The daughters of the man who died Saturday afternoon at his Trussville home said although their father was battling stage 4 lung cancer, He was full of life. 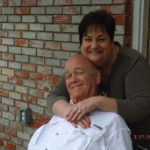 William “Bill” Godwin poses for a photo with his wife,, June Ellen.

The couple would have celebrated their 56th anniversary this year had it not been for Godwin’s tragic death on Saturday.

Cornelius and her sister, Pennie Pyle, said their dad was also crazy about his two daughters, his five grandchildren and his seven great-grandchildren.

This love was demonstrated when after years of his wife pleading for him to install a pool in the back area of their home in Echo Hills subdivision, he decided to put in the pool after his granddaughter, Ginny, joined the Trussville swim team at age 6.

“My mother wanted a swimming pool for years and my daddy didn’t want a pool,” Cornelus said. “When Ginny started on the swim team, he said ‘Let’s put in a pool.”

The sisters said Godwin eventually added to the pool to make the diving board have more spring. They said their father surprised them when he executed a back flip off the diving board at age 70.

They added their father was always full of surprises.

The Woodlawn High School graduate decided as an adult he wanted to improve his reading skills. Cornelius said this happened about the same time she and her sister started beginning to read.

They said Godwin poured through copies of magazine’s like Popular Science and Discover while also reading tomes on the anatomy of the brain.

He also enjoyed teaching his kids about what he learned from his reading.

“Just last week he was telling me about the new research about the stem cells where you wouldn’t have to have a knee replacement,” Pyle said.

After learning that scientists believed antioxidants killed free radicals, cells believed to cause cancer, Godwin began eating lots of foods that contained the nutrient, such as blueberries.

“Publix had just started ordering watercress for him,” Cornelius said about their father’s habits of eating food that strengthened his immunity system.

After Godwin was diagnosed with Stage 4 lung cancer about 30 months ago, he eventually began using animmunotherapy medication after deciding chemotherapy was not the way to go.

“He told us if he was doing so well on the immunotherapy because of his own immunity system,” Cornelius said.

One drawback of the therapy was its side effect of dizziness forced him to stop dancing.“He loved to dance,” Cornelius said about her dad.

Other than that, she said she never heard him complain about the pain he suffered because of the cancer.

In fact, his diagnosis came only after his wife persuaded him to see a doctor about his persistent cough.

Except for a two-year stint in the Navy, which he served primarily in California, Godwin lived his entire life in Alabama. Prior to his retirement at age 71.

Godwin was a man who stuck with things. He stuck with one job most of his life, he stayed married to his wife for 56 years and he maintained an old family tradition of family lunches on Sunday afternoons.

Each Sunday, the Godwin clan gathered for a large meal served on a 12-foot table. The 35-year tradition interrupted on Sunday as the family mourned for the man his grandchildren and great-grandchildren called “Papa.”

While my momma cooked at the stove, daddy sat at the table and peeled potatoes,” Cornelius said.
“He was her sous chef,” Pyle added.

On Saturday, Godwin was in the pool he had constructed for his granddaughter to test the water and chemicals because his great-grandchildren liked to swim in it when they came over for Sunday dinner.

After surviving for two-and-a-half years from an illness that kills most within a matter of months, Godwin passed away performing his greatest passion, doing for his family. His final moments were in the pool he built for his granddaughter, making sure it was in suitable condition for his grandchildren.

Trussville Police officer Robert Antonio entered the pool. He along with officer Brett Deloach pulled Godwin from the pool. Both administered CPR in an effort to revive Godwin until officials from Trussville Fire & Rescue arrived on scene to take over the life-saving procedure.

“We really appreciate all they did for him,” Cornelius said.

Sadly, even though they did all they could, it was not enough.

Godwin’s funeral plans will be announced at a later time.

Trussville Police detective Michael Bruce said those who he spoke with about Godwin described him as “vibrant.”

Pyle said, “If you didn’t know he had stage 4 cancer, you wouldn’t have ever suspected it.”

Cornelius said it did not surprise her to hear that other described him as vibrant.

“Even in the midst of tragedy his countenance would have shown because it flowed from inside out,” she said.