One injured after shootout in Birmingham

BIRMINGHAM – A shootout that occurred in Birmingham has left one with life-threatening injuries, according to ABC 33/40. Police from the Birmingham Police Department are currently investigating. 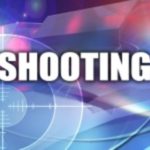 The shootout happened at the 700 block of 3rd ave W in Birmingham between people inside two vehicles. There is a white Dodge Charger with around 15 bullet holes, according to the report. The person who was injured has been transported to a hospital.

No suspects are in custody yet. Police continue to investigate.