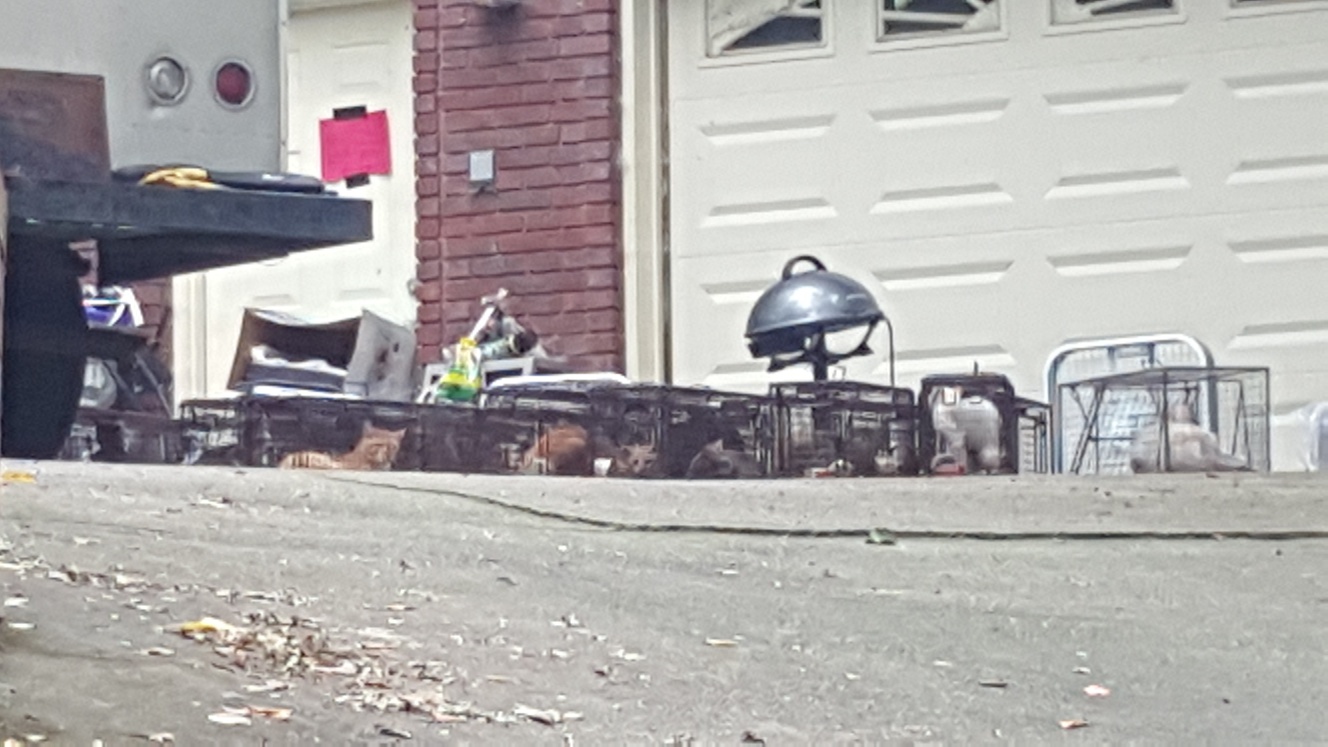 Police estimate as many as 100 cats could be in a Sherman Oaks home. Photo by The Trussville Tribune

Trussville home declared uninhabitable after an estimated 100 cats found inside

TRUSSVILLE –According to Trussville police public information officer Michael Bruce, a home in the Sherman Oaks neighborhood has been declared uninhabitable by city building inspectors after an estimated 100 cats were found living inside the dwelling. Police officials would not rule out the possibility of an eventual condemnation of the property.

“Thirty to forty cats were removed last night (Friday),” Bruce said. “It’s impossible to give an accurate number at this time, but it’s estimated that as many as 100 could be inside.” 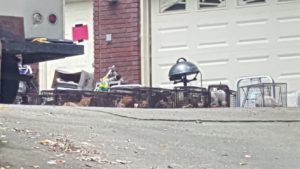 Police estimate as many as 100 cats could be in a Sherman Oaks home.
Photo by The Trussville Tribune

Police were alerted to the situation by neighbors who complained of the odor coming from the house, Bruce said.

A worker from the Greater Birmingham Humane Society (GBHS) was removing cats at the home on Saturday morning. About a dozen cages, all with one or two cats, were seen in the driveway of the home. The worker, who said he was not authorized to comment, continued to bring cages out two at a time. Two cats were seen going in and out of the storm sewer in front of the house, but most are believed to be inside the home.

Bruce said the homeowner had agreed to pay GBHS for the removable of the cats.

“The homeowners are an elderly couple and they’re in a hotel,” Bruce said. “They can’t stay in the house due to the condition inside. Cats are everywhere in the house. We’ve contacted the Department of Human Resources to hopefully help them deal with the issues they’re facing.”

Bruce said those conditions included a failing ceiling due to urine soaked drywall and the number of cats in the attic.

“We’re not sure if charges will be brought,” Bruce said. “We just don’t know, yet. It’s an open investigation and that’s how we’ll determine the next steps to take.”

Bruce said all of the animals found so far are alive and appear to be healthy.

This story will continue to be updated as more information becomes available.