Man injured in shooting at Wylam neighborhood in Birmingham

BIRMINGHAM – A man was injured while playing video games in a shooting that took place at the Wylam neighborhood in Birmingham, according to Carol Robinson. 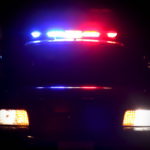 The incident occurred around 2:30 p.m. today at the 1200 block of Gulfport Street. According to the report, the man, whose name has not been released, was playing video games inside of a screened in porch when gunfire erupting. An argument apparently led to the shooting.

The man in the porch suffered an injury as he was hit in the leg by a bullet. No suspects have been taken into custody yet but witness reports said that the shooter may live in a nearby house in the neighborhood.