A child was shot today in Birmingham, according to an article by al.com reporter Carol Robinson. 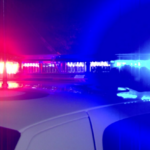 Birmingham police reported that a 5-year-old  boy was taken to Children’s of Alabama with a gunshot wound to the arm. The injuries are not believed to be life-threatening.

The shooting took place at the 1800 block of  Princeton Avenue S.W.

There are no suspects at this time, according to officials.